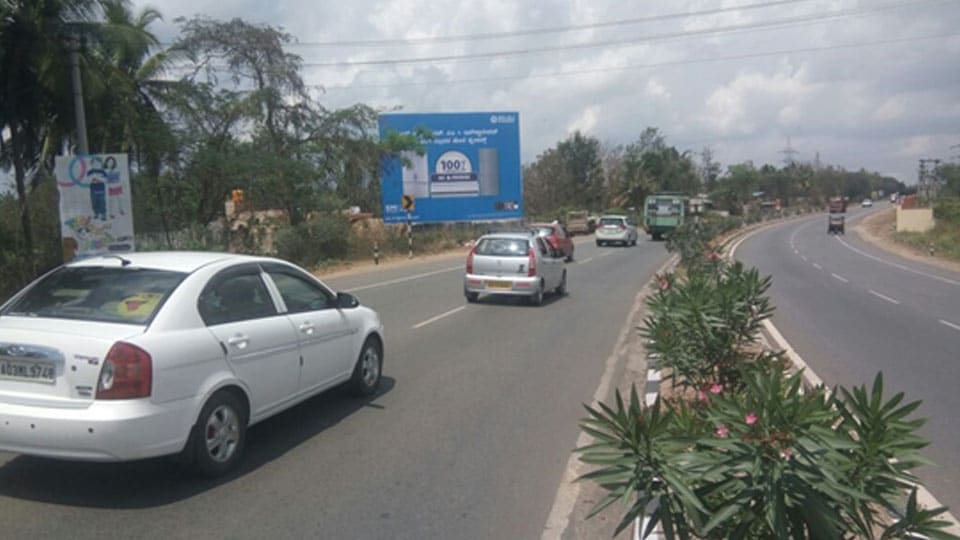 Dacoits waylay Kerala-bound car at 4 am; flee with vehicle

Mysuru: A gang of seven to eight dacoits, who waylaid a car near Kadakola on Mysuru-Nanjangud road coming under Mysuru South Police in the wee hours of today, sprayed pepper spray on the occupants of the car, threw them outside and sped away with the car.

The victims are Jaffer and Marak of Kerala. They were returning to their place in their Toyota Etios car after seeing off their friend at Kempegowda International Airport in Bengaluru. When Jaffer and Marak reached Kadakola at about 4.15 am today, the seven to eight-member gang, that was said to be following them in a Toyota Innova SUV, blocked their way and soon the gang members got out of the car with pepper sprays and sprayed them on Jaffer and Marak.

They later pushed Jaffer and Marak out of the car. Soon, some of the members of the dacoit gang got into the Toyota Etios car and sped away along with the Innova.  Jaffer and Marak somehow managed to reach Mysuru South Police Station and lodged a complaint.