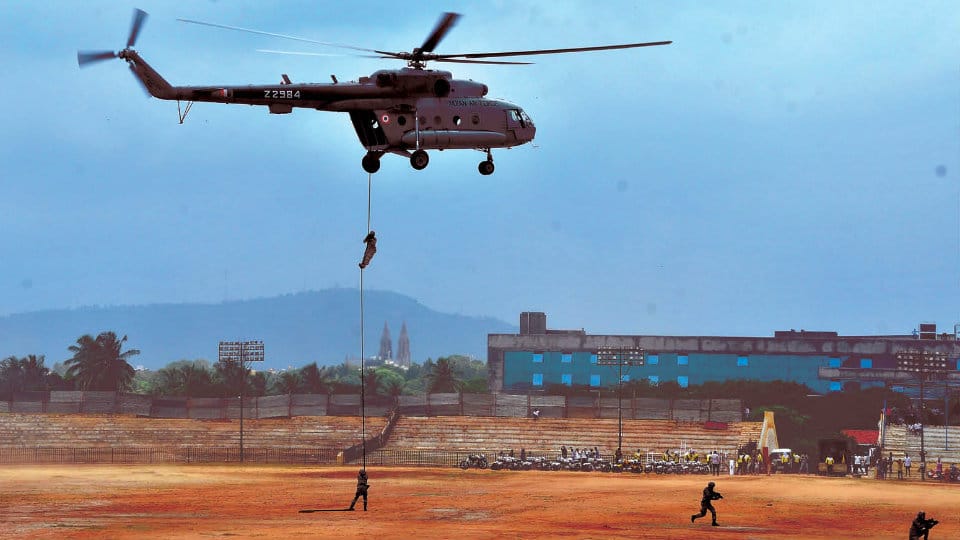 The Indian Air Force personnel rehearsed for Dasara Air Show at the Bannimantap Grounds in city this morning. The personnel carried out rehearsals for petal drop, slithering operations, skydiving and other adventurous acts. Later, the Army personnel rehearsed various stunts using the Royal Enfield Motorcycles. The Dasara Air Show will be held tomorrow (Sept. 29). However, the authorities have not finalised the timing owing to bad weather conditions. Meanwhile, rehearsals for the Torchlight Parade will be held tomorrow at the Bannimantap Grounds at 7 pm.