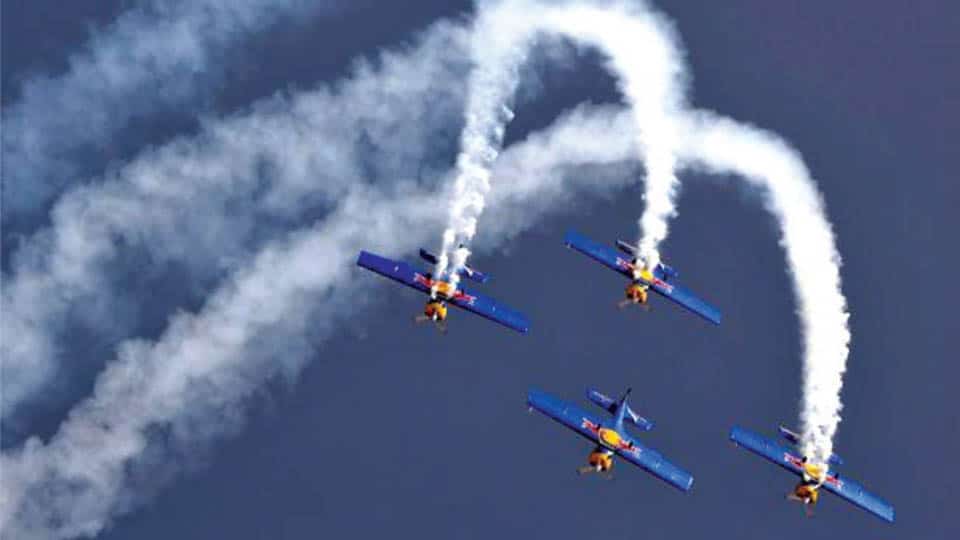 Mysuru: Mysureans and also tourists will get a chance to enjoy colourful metal birds fly in the skies in city on Sept. 29. The Defence Ministry has given a go ahead for Air Show. CM Siddharamaiah has tweeted on the Air Show.

The show is expected to thrill the spectators and introduce them to the experience of radio-controlled flying, which will be near to real aircraft manoeuvres.

The Air Show will be inaugurated on Sept. 29 at 11 am at Bannimantap Grounds and both the Bengaluru Air Force base and the Mysore Airport at Mandakalli will be used for the Air Show.

The District Administration has received a communication in this regard from the Indian Air Force authorities.

Deputy Commissioner D. Randeep said, “We received communication from Air Force authorities to conduct Air Show but we are yet to finalise the dates. They want it to be on Sept. 30 but we prefer Sept. 29. On Sept. 30, it is not easy to have these events as there will be the Dasara procession which includes carrying of golden howdah. Hence, we have requested the Air Force authorities to conduct the Air Show on Sept. 29. On September 27 (today), the Air Force team from Bengaluru will be coming to Mysuru to inspect Bannimantap Grounds.”