Mysuru: Today is World Tourism Day and the theme is ‘Sustainable Tourism — a Tool for Development.’ But, what a day it has turned out to be for the Heritage City. Even as all preparations for holding  ‘Open Street Festival,’ organised by the District Administration and the Tourism Department on D. Devaraja Urs Road to coincide with the World Tourism Day, the skies open up and pounds the city roads relentlessly the whole night till early in the morning. Thus, two records are set on the same day — one by Varuna, the rain God and the other by the District Administration for holding the Open Street Festival in the busiest street in the Central Business District for the first time in the history of Dasara celebrations. 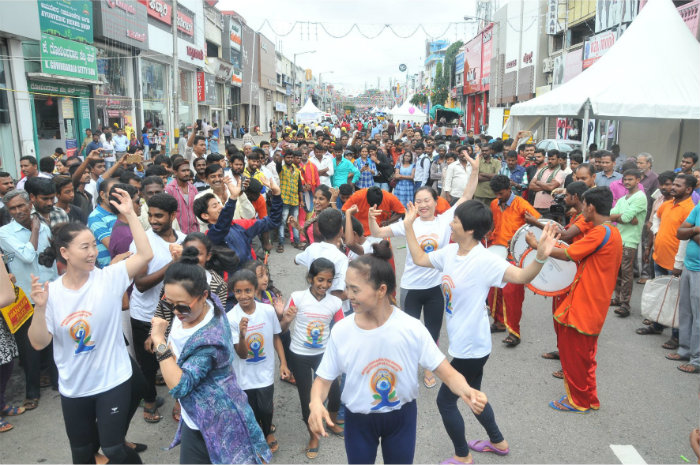 The festival, which was to begin early in the morning at 7 stuttered to a slow start as no one can fight nature’s fury. The concept of an Open Street Festival is very new to our city and hence the Tourism Department in its wisdom decided to handover the organisation to a private enterprise — Phase-1 Events and Entertainment Company.

Senior Manager Vishnu of the event management company, speaking to Star of Mysore, said, “This is the first time such an Open Street Festival is being held in Mysuru. We have experience of holding this kind of festival in Bengaluru on MG Road. However, this stretch of Devaraja Urs Road is a larger stretch than the one on MG Road and we are delighted to be here. There are 70 canvas tent shops in all and we only hope that rain does not play spoil sport further.” 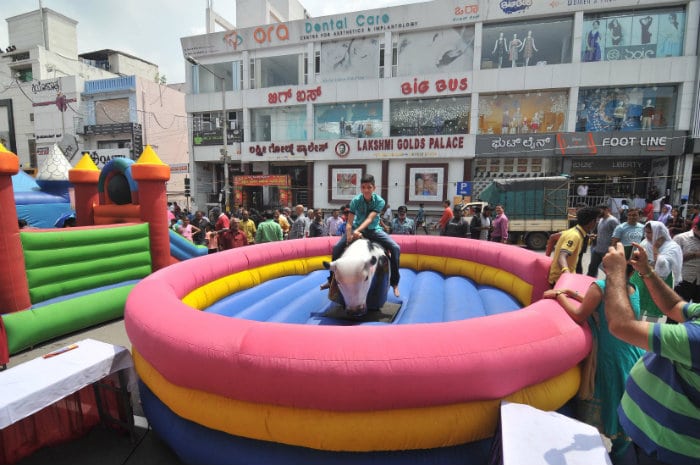 Even as this writer reached the place at 9.30 am, the owner of a Crockery Shop Mohammed Jani expressed his surprise at the activity and said he was not aware of the festival on the road, as none in the District Administration had bothered to inform him. “They could have involved us too and it would have been opportunity for us to showcase our products and we could offer 20 percent discount,” he said.

Tourism Department Deputy Director H.P. Janardhan who had arrived early told Star of Mysore that the rain had played havoc with their plans. “The whole street would have come alive from morning 7 itself. However, we have not given up hope and as the day progresses we are sure that people will flock the festival,” he said and added, “There is no Devaraja Urs Road Shopkeepers Association and hence, we could not inform everyone individually.” 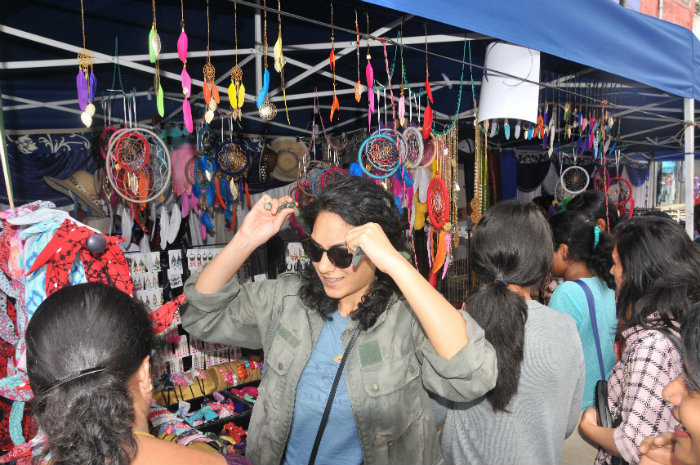 And, sure enough as the day progressed, thousands of people from children to senior citizens started pouring in, parking their vehicles on all side roads and wherever the Police had arranged for parking.

By one in the afternoon, the Open Street Festival had a Carnival-like atmosphere comparable to the best ones in the world as youth were seen dancing, and the street reverberated with Dollu Kunitha and Kamsale.

A huge stage of 30ft X 40ft was set up for the performers to showcase their talents. A young group Emoticon known for miming performed in the afternoon to the delight of the audience. “Miming is all about using sign language and the USP is no language. We are all from different backgrounds,” said one of the mime artiste. At 6.30 pm, Puppet show by Anupama Hosakere. 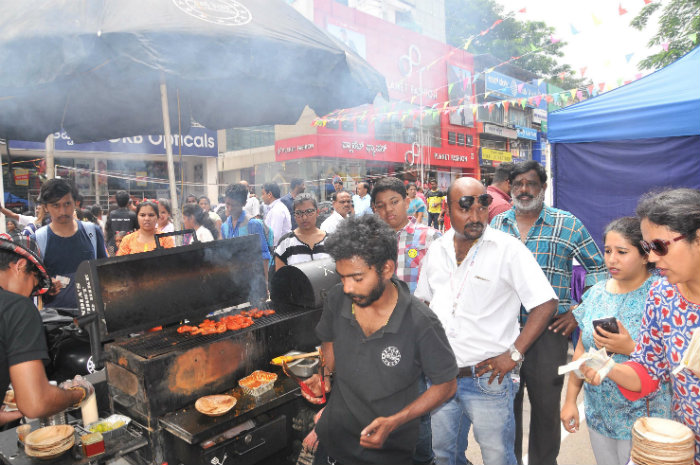 One of the main attractions is the BBQ Bike, which is a meals on wheels. This is a new experience for the people of Mysuru to taste barbecue stuff like chicken.

JSS Hospital has set up two booths and they are offering free sugar and BP test. People were seen flocking to the booths even before the carnival began. 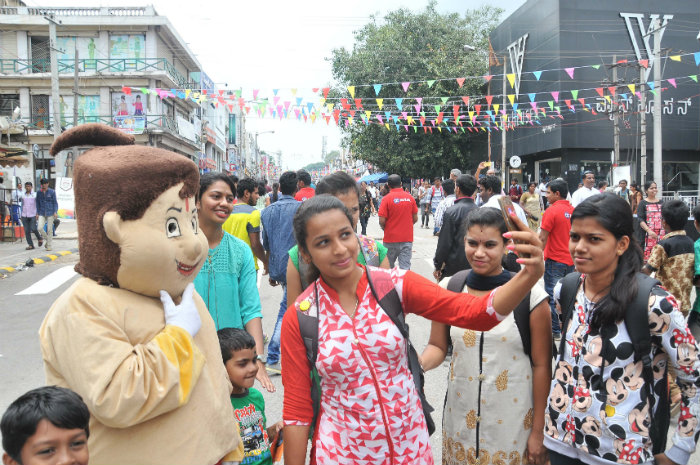 Mysore Travel Mart past President C.A. Jayakumar, while welcoming the initiative of the State Government, the District Administration and the Tourism Department said, “We have been holding World Tourism Day since the past 15 years on Sept.27. We wanted to join hands with the government. But we have been ignored and we came to know about it just two days ago. The shopkeepers have also not been taken into confidence as they are also stakeholders.”

According to Jayakumar, the disruption of the busiest street in Mysure was uncalled for and instead the same festival could have been organised in an open venue as part of Tourism Day.