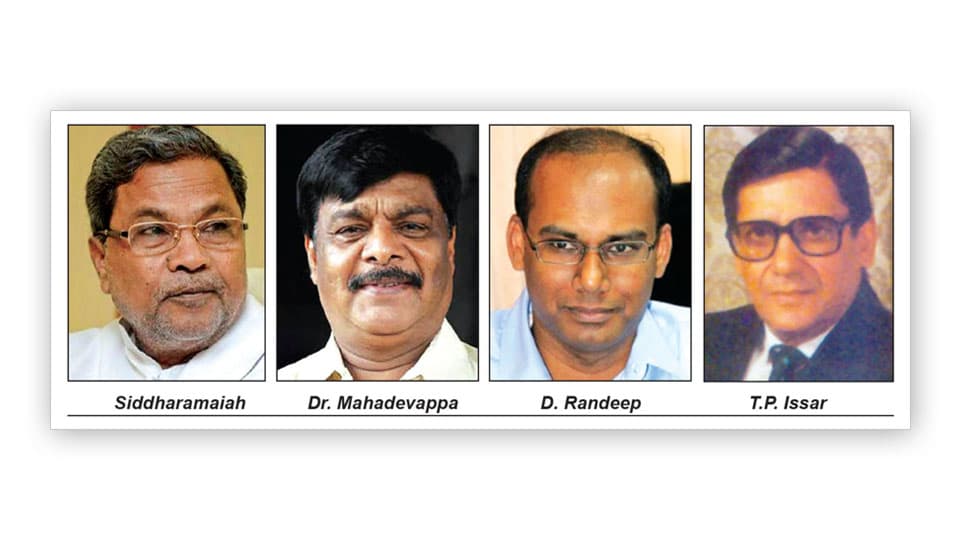 Dasara is here. The city will cover itself with light and gaiety in the celebration of this festival from Sept. 21 to Sept. 30. Lakhs of people will converge on this city testing its infrastructure and ability to feed as many mouths with Dasara special delicacies.

Personally I feel that of the over 40 Dasara processions I had witnessed, this is the first time I find the city not only getting spruced up much in advance but also with an infrastructure  not seen in the past. This year we have  better roads, many of them concrete roads including the ‘Raja Marga’ which terminates at Bannimantap where the Jumboo Savari culminates.

The Bannimantap Ground too has undergone a sea change with its additional facilities and galleries with overhead covers. Likewise, all important tourist destinations in city and the most happening place for Dasara the Amba Vilas Palace and its forecourt are being done-up with vision and imagination. I guess the credit should go to our Chief Minister Siddharamaiah and his most trusted Minister Dr. H.C. Mahadevappa, who is also from Mysuru district.

Surprisingly, the Dasara Exhibition, which lasts for more than two months after Dasara, always used to land in controversies. The main complaint was that after the inaugural day many of the stalls would be seen vacant thus taking away the attraction it would have on tourists and visitors. Only when all the stalls, both commercial and Government Department stalls, are full the exhibition ground would come to life and look attractive. Happily this year the ever alert and a go-getter Deputy Commissioner D. Randeep  has pulled up his officers and Karnataka Exhibition Authority (KEA) to ensure the past did not cast its unseemly shadow over the exhibition shops and stalls and other tourist attractions, common every year.

The Deputy Commissioner seems to have learnt his lessons from his predecessors in office who had problems in ensuring that the funds allocated for Dasara did not get siphoned-off into private pockets thus bringing down the quality of events. With much forethought Randeep has created an Audit Body to plug  the holes in the system which in the past led to embezzlement of funds.

He has centralised the Dasara fund appropriation with an Accounts and Audit Committee, both as separate entities, to regulate and monitor Dasara expenditure, to bring transparency and accountability. As a result if somebody asks under RTI, information relating to utilisation of Dasara funds under different heads, the same would be provided without delay and a shadow of doubt.  In short, for once the Deputy Commissioner is trying to bring-in transparency in the Dasara accounts. It is hoped this would be a precedent to be followed in the matter of Dasara expense in future.

Incidentally, it should be mentioned, based on what I have heard in the past, that the folk dancers or artistes who participate in the Dasara cultural activities are often given a short-shrift in the matter of their travelling and accommodation and further they were short-changed when it came to the payment of their remuneration, even when it is paid by cheque.

This happens mostly when the artistes use influence to get a chance to perform.  The cheque is given say for Rs. One lakh. The corrupt official or the politician-chairman of the Sub-Committee, who decides on the amount will take his cut from the artiste. If the cut does not come at the time of negotiation, the artiste will be denied the opportunity or the payment will be delayed for one reason or the other. I hope the Deputy Commissioner puts in place some kind of monitoring to end this kind of kick-back.

There is also what is considered a major source of illegitimate money for those non-official members of various Dasara Sub-Committees. One of the important Committees of this kind is the Yuva Dasara Sub-Committee. This is on the same lines as I mentioned above.  Therefore, the Deputy Commissioner as the Special Officer for Dasara should pay special attention to all matters connected with the conduct of Yuva Dasara.

As for security, I know Police have their standard drill and protocol. However, the cat burglars, hardcore thieves  and house-breakers would be concentrating not on the Dasara procession and the Dasara Exhibition Grounds or at the locations of cultural events. They will be concentrating on the residential layouts where families lock the houses and go to watch various events connected with Dasara both during day time and in the evening. Which is why, every year newspapers carry news about house thefts during Dasara festivities. The Police may do well to deploy sufficient number of beat Police 24×7 for 10-15 days of busy Dasara festivities in all residential layouts.

While, thus musing about this year’s Dasara, I cannot but remember T.P. Issar, IAS, who retired as a Chief Secretary of Karanataka. He must be remembered because it was he for the first time told us about the unique heritage of Mysore city. He was a campaigner for preserving the heritage of our city, a heritage of culture. He through his book titled ‘The Royal City – A celebration of architectural heritage and city-aesthetics of Mysore’ contributed to create an awareness of the value of the heritage, specially among those who vandalised these heritage structures as we could see it happening in our city without anyone raising their little finger in protest.

If only the State Government, the District Authorities and the Mysuru City Corporation could stop the vandals from indulging in their evil designs of disfiguring the heritage buildings or even demolishing them for profit or encroaching upon its land, no matter such heritage buildings are owned by the State or the private citizens, this city’s heritage could be saved for the posterity.

Here I must mention about the heritage building of ‘Karnataka Armed Reserve Police (KARP) and Mounted Police Headquarters’ on Lalitha Mahal Palace Road with two statues at the entrance from the road (see picture) one of a postman and another of a KARP guard. Some years back some miscreants had vandalised these two statues and despite Star of Mysore publishing the report with a request to the authorities concerned to restore those iconic statues, which stood like sentinels for many decades, nothing was done. 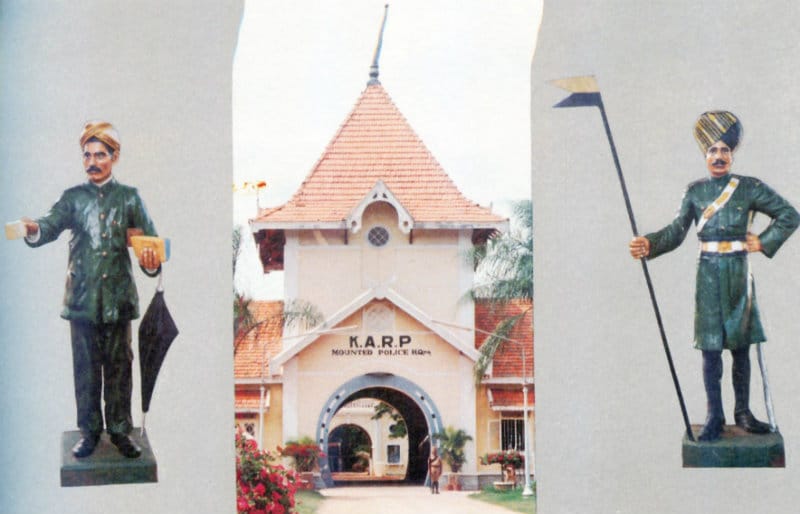 Finally, I brought it to the notice of M. Lakshman, the convenor of an NGO known as Association of Concerned and Informed Citizens of Mysore (ACICM). He immediately got it restored at his own cost. If visitors see these two statues of heritage value today, thanks to Lakshman.

I wish those who had special interest and concern for protecting and preserving hundreds of heritage buildings and Palaces in our city, pursued their passion more aggressively and preserved the Royal City with all its past glory to keep it as a city of great tourist  attraction that it is today.