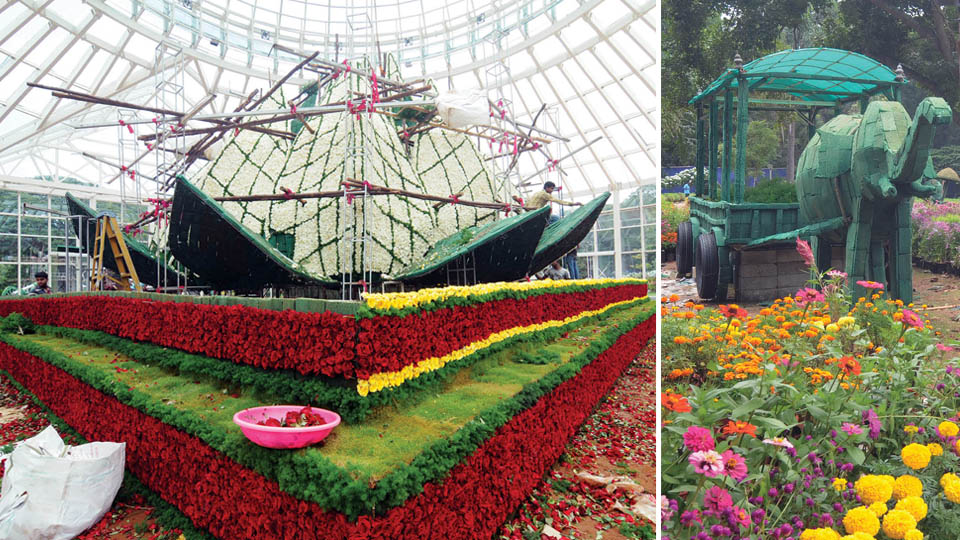 Mysuru:  The Dasara Flower Show to be held from Oct. 10 to Oct. 21 at Kuppanna Park in Nazarbad will feature an array of colourful and ornamental flowers, exotic species of plants. Amidst them will be attractive formations of flowers which include Lotus Temple, Palace Entrance, Amar Jawan, Ashoka Pillar, Cannons, Dolphins, Penguins, Dancing Dolls, Doremon and a Tree House.

The 12-day Flower Show organised under the aegis of District Administration, Zilla Panchayat and District Horticulture Association will be inaugurated tomorrow at 4 pm by District Minister G.T. Devegowda along with other Ministers. 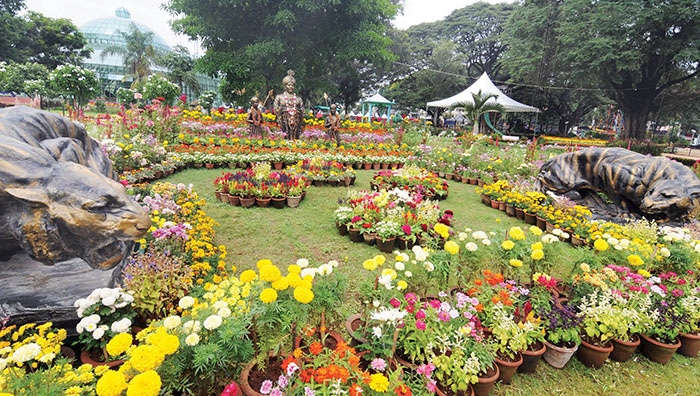 About 85,000 earthen pots with 45 varieties of flowering plants have been arranged in an artistic manner at the Park. A replica of Lotus Temple with roses will be made inside the newly-constructed Glass House inside the Park. The other listed flower formations too would be a star attraction for the visitors.

An Amusement Park featuring Titanic Ship, Break Dance, Sun-Moon and boating for kids will be another attraction along with the Musical Fountain functional everyday from 7 pm to 7.30 pm and again from 8 pm to 8.30 pm. 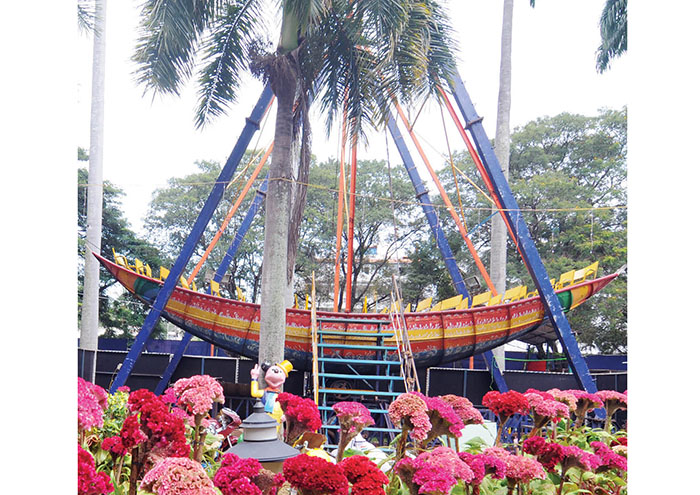 About 50 food stalls are set up to serve delicious Delhi Papad, spicy fritters, Davanagere Dosa, Chats and many more at the Kuppanna Park, also known as Nishad Bagh. About 12 cameras have been installed.

Flower rangoli contest will be held on Oct. 12 followed by drawing on Oct. 14 and Indian Flower Art on Oct. 16.

The prizes will be given away to winners on Oct. 21 at Kuppanna Park during the valedictory, according to ZP CEO and District Horticulture Association President K. Jyothi. 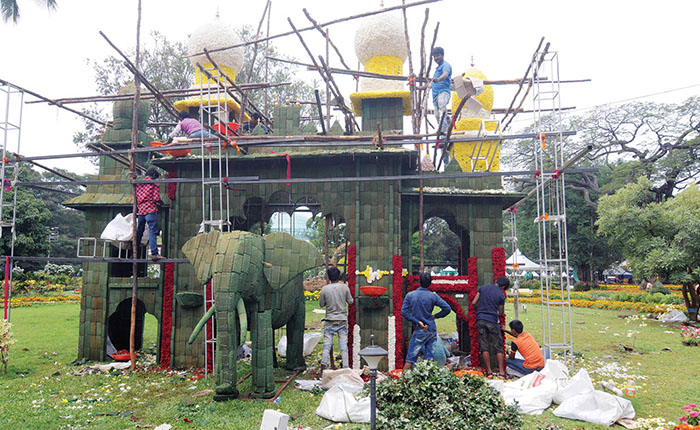 The Flower Show will be open for visitors daily from  9 am to 9.30 pm. The entry fee is Rs. 25 for adults and Rs. 10 for children. No extra fee will be charged for cameras.