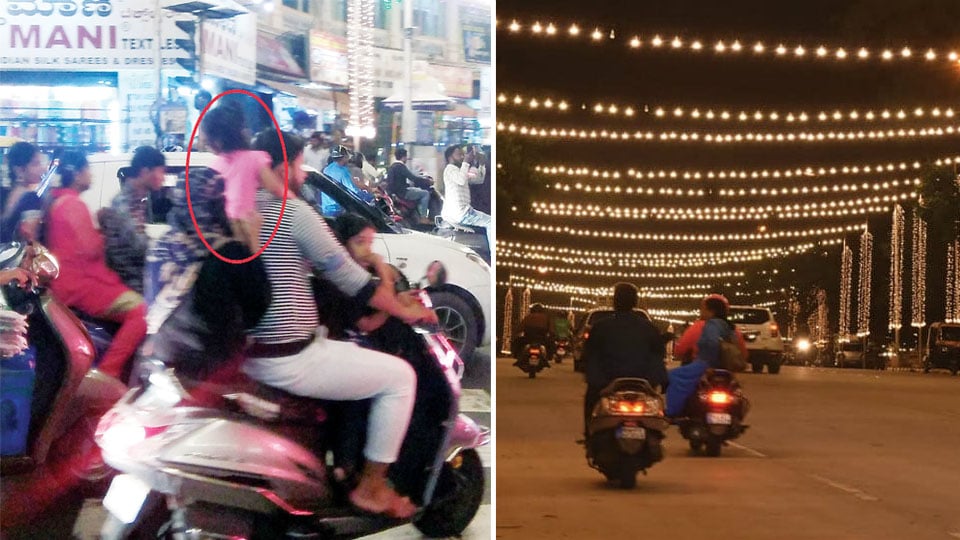 Every day many two-wheeler riders are allowing their kids, sometimes well grownup kids to stand on the vehicle seats while riding (see photo) to enable them to see Dasara illumination.

This includes babies of less than a year. I do not know whether such small kids can understand what illumination is all about.

In one such case, there was no elderly person in the rear seat even to hold the boy. This is against road safety rules. Hence, I cautioned the parents in many such cases. Some obliged and some did not heed to my advice.

In some countries children are not allowed on two-wheelers and in some other countries, children are allowed to be taken on two-wheeler only when they are fastened with safety belt to the rider. It is in their interest, all the parents are advised not to allow their kids to stand on the moving vehicle.

If parents are so interested to show lighting to their kids, they can park their vehicles and come to the Circle to show it. People should pro-actively stop this practice instead of repenting if some unfortunate thing happens due to carelessness.