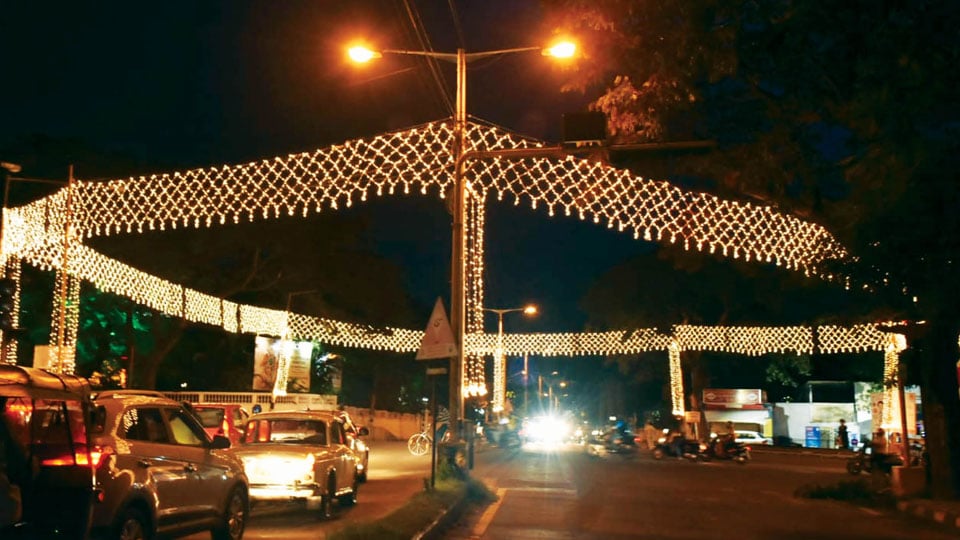 Mysore/Mysuru: Even as uncertainty continues over the extent of Dasara-2020 celebrations, District Minister S.T. Somashekar asserted that the Dasara inauguration will take place atop Chamundi Hill on Oct.17 in the presence of Chief Minister B.S. Yediyurappa. Speaking to press persons after holding a Dasara preparatory meeting with officials at the new Deputy Commissioner’s Office in Siddarthanagar here yesterday, Somashekar said that only 250 persons will be allowed for the inauguration.

Noting that last year, 100 km roads of the city were illuminated for Dasara, he said that this year, it will be limited to 50 km and the timings too will be restricted  to just two hours (7 pm to 9 pm) instead of three-and-a-half hours last year.

Maintaining that organisation of Dasara was not his decision alone, Somashekar said that the  27-member High Power Dasara Committee headed by CM is the total authority to decide on the extent of Dasara celebration.