Home » News » Dasara Kavigoshti to be free of controversies 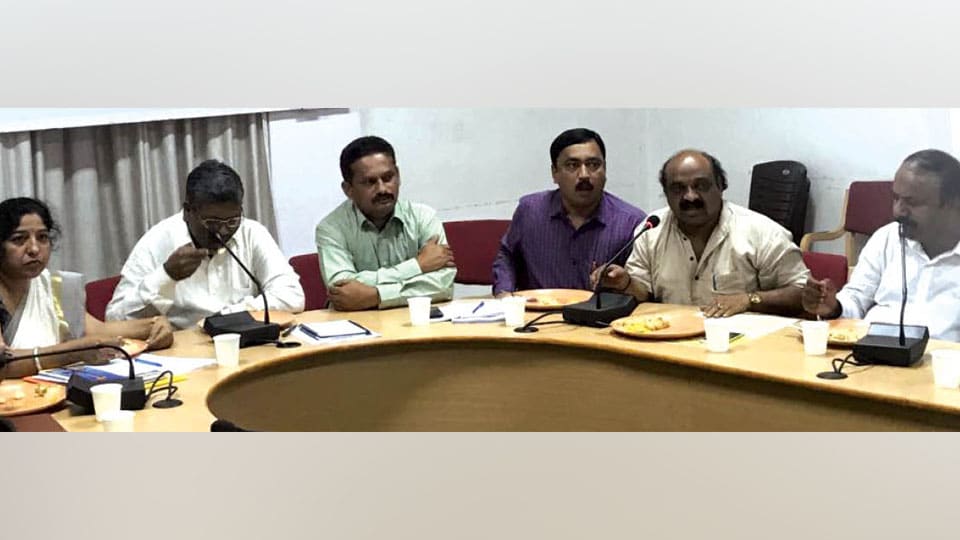 Dasara Kavigoshti to be free of controversies

Mysuru: This year’s poems to be selected for Dasara Kavigoshti will be of good quality to make the event free of controversies. This decision was taken during the Dasara Kavigoshti Sub-Committee Meeting held at the Deputy Commissioner’s office here yesterday.

Presiding over the meeting, Sub-Committee Deputy Special Officer and DDPI Dr. B.K.S. Vardhan said that the Committee would make sure that the poems that are recited during the Kavigoshti are of good quality and do not create any controversy.

The Committee will be careful while selecting the poets for the event, said Committee’s Working President Dr. N.K. Lolakshi.

The Kavigoshti will feature recitals of poems by socially neglected, downtrodden, orphans, specially-abled and others. Children from various rehabilitation centres, inmates of Shaktidhama, Balamandir & old age homes and transgenders will be present.

Speaking on the occasion, Sub-Committee Secretary and Department of Public Libraries Deputy Director B. Manjunath said that the poets, who come for the event, should be the main attraction and it was not necessary to forcibly bring people to watch the event.

He also added that the Sub-Committee was also thinking to bring out a souvenir which not only had the poems printed but also articles on them.

This year, the Sub-Committee has also requested the BEOs to make a list of those teachers who are interested in literary works especially writing poems. Lolakshi also mentioned that poets and public participating in the event would be provided with breakfast.

Dasara Kavigoshti
‘Traffic rules are for your safety, follow them’
500 Indira Canteens across State from Nov. 1