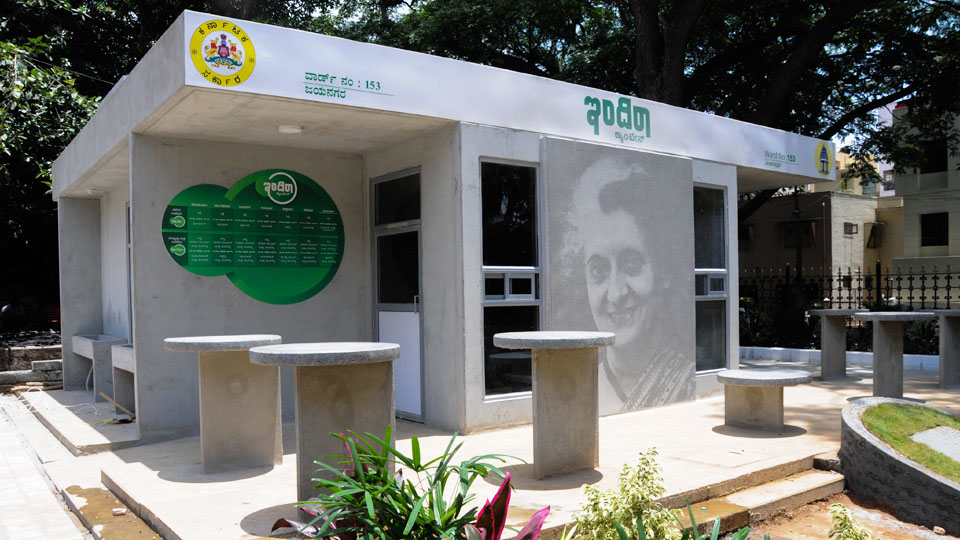 500 Indira Canteens across State from Nov. 1

Bengaluru: The Siddharamaiah Government is opening 500 Indira Canteens, across the State, as a Rajyotsava gift to the people, from November 1. The canteens will be opened in all District Offices, hospitals, government colleges, court complexes and in other important places.

The State’s highly ambitious programme would cost the State exchequer Rs. 89 lakh a day. On August 16, 2017, the Chief Minister had inaugurated 101 Indira Canteens in Bengaluru. These canteens are on the lines of Amma canteens launched by late Chief Minister J. Jayalalithaa in Tamil Nadu.

Indira Canteen will serve breakfast, lunch and dinner. While breakfast will cost Rs. 5, lunch and dinner will be served at Rs. 10 each. The canteens will be opened in places where there is sufficient space like DC offices. Hence, no new land is required to be acquired for this purpose. Also in most of these places, already canteens are functioning. The Government is just going to provide more basic  facilities and increase the standards. A letter to this effect has been sent to the District Administration.
People, who come for daily work and on official work, the poor, students and patients who visit the hospitals and those visiting courts will all be benefited by this gesture as they will get clean food at affordable cost from  Nov. 1. Since the Indira Canteens launched in Bengaluru is running successfully, the Government decided to extend it to other parts of the State.

According to sources in the Bruhat Bengaluru Mahanagara Palike (BBMP), the bidder quoted Rs. 57 per day for breakfast, lunch and dinner. The consumer would be paying Rs. 25 for the same (Rs. 5 for breakfast + Rs. 10 for lunch + Rs. 10 for dinner). The remaining Rs. 32 will be borne by the Government. By the next Assembly elections, the facility will be extended to all taluk centres. Later, it will spread to all the 750 hoblis in the State.

Interestingly, the menu will vary according to the region. One can eat jolada rotti with curry for Rs. 10 in north Karnataka, while in old Mysuru region there will be serving of one big ragi mudde with sambar for Rs. 10 and in coastal Karnataka Neer Dosa for Rs. 5 for two pieces. Breakfast would vary depending on the region.

Going by the experience in Bengaluru, people cutting across the class divide rush to the canteens. There are lot of hiccups and one only hopes that by the time the canteens are set up across the State, the glitches will be removed.

The Labour Department has decided to serve free food to the labourers from Nov. 1.

Such canteens will be opened in industrial layouts and the expenses for serving food will be borne by the Labour Department and the District Industries Centre, which will jointly implement the programme.

Indira Canteens
Dasara Kavigoshti to be free of controversies
Court directs inclusion of Sunil Bose as Accused No. 1 in graft case