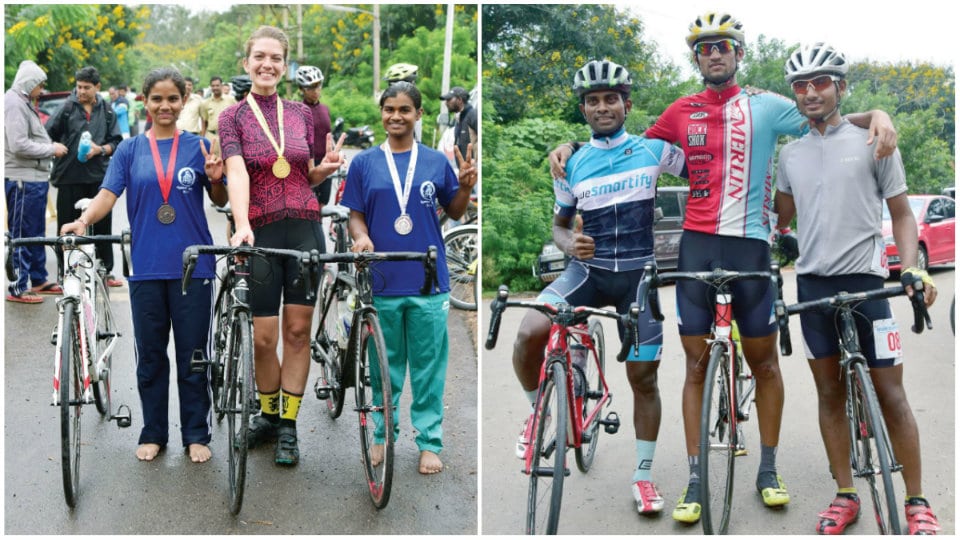 Around 300 cyclists, both   men and women, took part in the races.