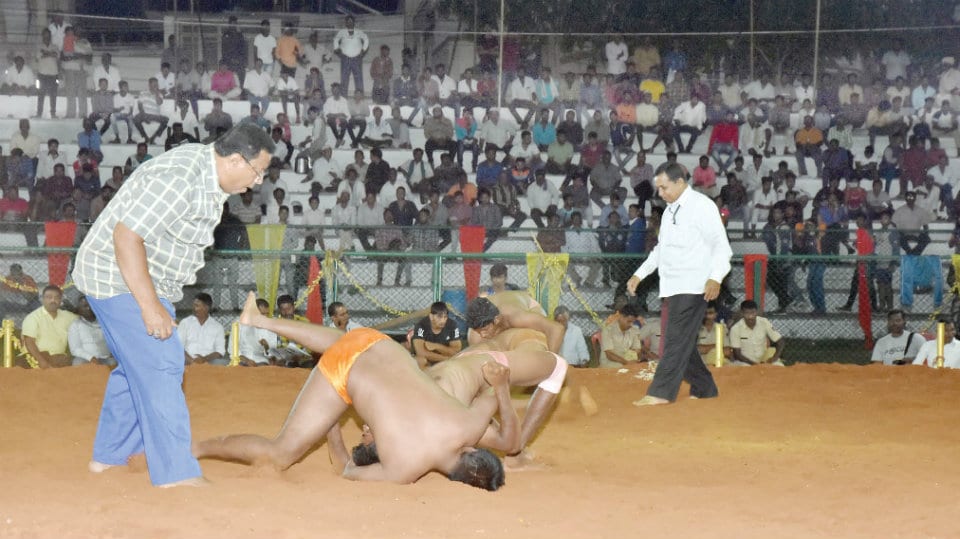 The wrestling bout between Pailwan Rohit Dalal of New Delhi and Pailwan Appasab of Belagavi at the Dasara Traditional Wrestling Tournament organised as part of Dasara festival at D. Devaraj Urs Multipurpose Stadium yesterday, ended in a tie after a hour-long bout.

The attacks and counter attacks by both the Pailwans caught the spectators spellbound. Although Pailwan Rohit Dalal gained an upper hand in the beginning, Pailwan Appasab came back strongly in the second half to neutralise                             Dalal.

Finally, the bout was declared as a tie, after Pailwan Rohit Dalal suffered injuries nearly one hour into the bout.

READ ALSO  Dasara website up; has info in 11 languages