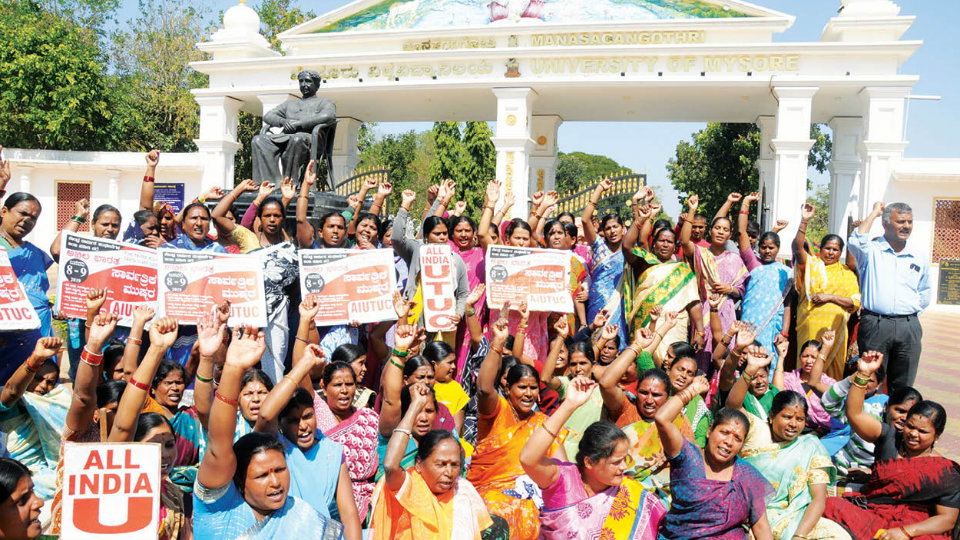 Day-2 of the strike failed to evoke any response in the city as all commercial and business establishments, hotels, cinema halls, Malls and other establishments remained open. Schools and Colleges functioned as usual.

However, public sector Banks and post offices, which have supported the strike, were closed for the second day today.

As part of the bandh, members of various Trade Unions took out a bike rally from Ramaswamy Circle to Town Hall, passing through the main thoroughfares of the Central Business district.

Protest in front of Kuvempu Statue

Meanwhile, over 100 members of Joint Committee of Trade Unions (JCTU) staged a protest in front of Kuvempu Statue at the entrance to Manasagangothri on Bogadi Road here this morning condemning the anti-labour policies of the Union Government.

They alleged that the Centre was favouring corporates and capitalists and had failed to check inflation and spiralling prices of essential commodities. They urged the Government to stop contract system and ensure a minimum salary of Rs. 18,000 per month for industrial workers.

Employees of Mysore University and civic workers joined the stir.