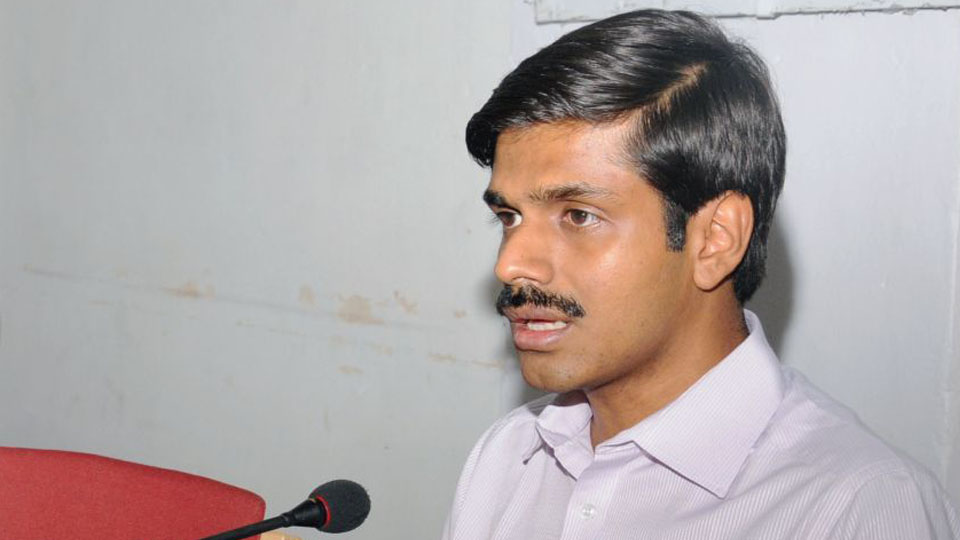 Mysuru: The Deputy Commissioner’s monthly phone-in programme that was held after a gap of five months owing to Assembly polls, saw 16 complaints from across the district this morning.

The hour-long phone-in programme took place from 9 am to 10 am. A woman caller from Hommaragalli in H.D. Kote taluk, complained about the poor state of Panchayat building and also lack of a burial ground for Dalits in the village. One villager from Hullahalli in Nanjangud demanded de-silting of Beeruvalu Dam and Kabini canal running from Karya to Hullahalli, as the silt collected at them had drastically reduced the water storage capacity.

A resident from Sargur, alleged that though Sargur was declared a taluk there was no progress of activities in this connection. He also complained that the authorities have failed to clear encroachments of lakes and other water bodies.

One resident from Old Kesare complained of haphazard dumping of unsegregated wastes, especially from meat shops, near the locality which posed health hazards to nearby residents, while another resident from Srirampura second stage complained of the menace of street dogs, which have been attacking school children and scooterists.

MCC Commissioner K.H. Jagadeesha, assuring  to take necessary measures for addressing the grievances, said that the public can directly call MCC Helpline Nos: 94498-41195 and 94498-41196 on any issues concerning the MCC.

Deputy Commissioner Abhiram G. Sankar, after hearing the complaints and grievances, directed the respective authorities to look into the problems and take appropriate measures for addressing them at the earliest.

He also instructed the officials from all Departments to dispose off all pending files by Aug 15.