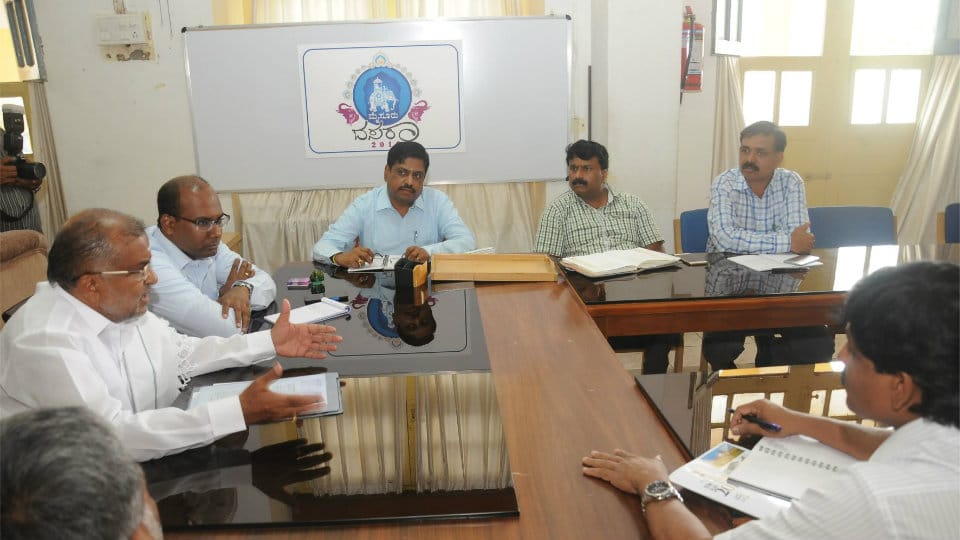 Speaking at a meeting held at his office to discuss handing over of Layouts and other issues, he instructed MUDA Commissioner Dr. M. Mahesh to prepare an inventory and handover the Layouts to MCC.

When asked about the delay in taking over the Layouts, MCC Commissioner G. Jagadeesha said that the layouts were not taken over by MCC as they were not notified under Section 4 of Karnataka Municipal Act of 1964.

However, he mentioned that MCC was in talks with MUDA and soon the process would be completed.

He said that the matter will be discussed with CM Siddharamaiah shortly during a meeting to be held in city on May 20.

MLA G.T. Devegowda, who also attended the meeting, sought to know who would do the documentation and maintain cleanliness in these Layouts until they were taken over by MCC.

He said that the residents of Vijayanagar 3rd Stage were a worried lot as MCC, which was collecting property tax and issuing khatha since 2002, had since stopped the same along with issuing Completion Reports (CR) and plan approval.

Later, the DC instructed MUDA Commissioner to issue khatha and collect property tax. He also said that MCC would maintain cleanliness and provide basic facilities at these layouts.

MCC Commissioner agreed to DC’s instructions but requested MUDA to bear the expenses and added that issues related to Vijayanagar 3rd Stage had to be addressed at the government level.

For this, GTD said that he would speak to CM on May 20 and request him to pass the order through the Secretary of the concerned Department.