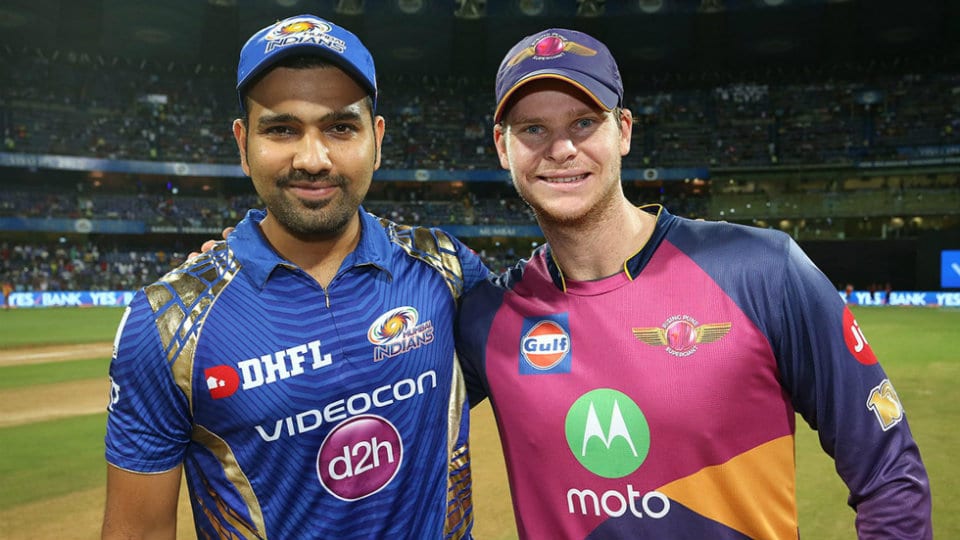 Today’s Maharashtra Derby between Mumbai Indians and Rising Pune Supergiant will decided who will become the first team to seal a berth in the IPL 2017 Finals.

Mumbai Indians, contrary to what they’ve generally done in the past, established momentum very early in the season. They began the season with a seven-wicket defeat to this very opponent, but bounced back strongly and stitched together a 6-match winning streak. That run was halted by RPS, who clinched yet another closely fought contest. MI then won four of their remaining seven matches to finish on top of the standings.

MI have had several players making contributions at various times in the tournament; that nine different players have won Man of the Match awards through the season helps establish that the team has not had to depend on one or two individuals to win matches. MI will have their full squad available for selection – and will be faced with a selection dilemma after the players they brought in (notably Saurabh Tiwary and Ambati Rayudu) in the previous match against KKR made match-winning contributions.

For Rising Pune Supergiant, making the playoffs has been a huge turnaround from the time when they were at the floor of the table; eleven days into the season, RPS were eighth in the standings with just one win from four matches. Then came the surge; they won eight matches out of the remaining ten, including an emphatic nine-wicket win in the virtual knockout against Kings XI Punjab on Sunday evening. RPS will be without two of their key performers as they head to the playoffs; the all-rounder Ben Stokes and Imran Tahir have parted ways with the team to join up with their respective national teams. Who will stand up and fill in for the two players who had a huge influence on the turnaround? One expects the RPS management will give themselves additional ammunition in the bowling and add Lockie Ferguson in the XI.