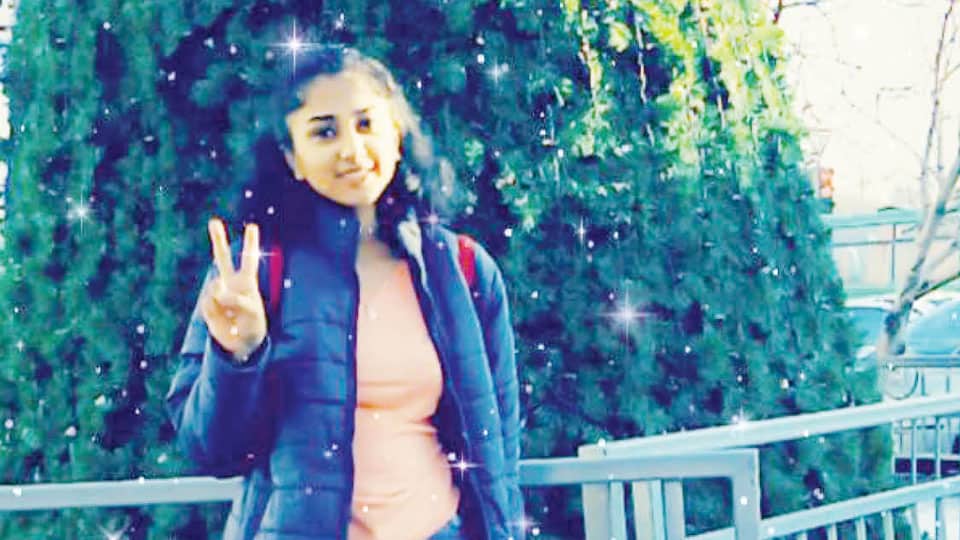 ‘Deafening sounds of bombs and missiles still ring in my ears’

Mysore/Mysuru: As ‘Operation Ganga’ to evacuate stranded Indians is at the end stage, yet another student from Mysuru who returned home safely from Ukraine has narrated her ordeal in the war torn country since the Russian invasion.

Deekhsa, daughter of Jagadish and Neelambike, residents of Rajendranagar is the girl student who has heaved a sigh of relief after being evacuated safely from Ukraine, where she had gone to study Medicine.

Speaking to Star of Mysore after landing in the city, Deeksha said that she decided to leave Kharkiv on Mar.2 after the city experienced heavy shelling and bombing. “In the meantime, the Indian embassy too directed Indians staying in Kharkiv to immediately leave the city and  somehow reach Ukraine border. As such, we left Kharkiv and travelled by walk for about 25 kms, when we were shocked to see a big bomb explode just a few metres away from us. But taking courage, we continued our journey till we reached Ukraine’s border with Hungary, when we were told to board a train. Initially, the rail staff did not allow us. However, we succeeded in  boarding the  train and travelled for nearly five hours covering  over 200 kms to reach a Hungarian city. Later, we travelled in a vehicle to Hungary airport, from where we were airlifted by the Indian Embassy officials on the morning of Mar.6. After reaching Mumbai, I left for  Bengaluru by a flight the same day and reached Mysuru. Even after reaching Mysuru, the deafening sounds of bombs and missiles still ring in my ears and scare me,” Deekha said.