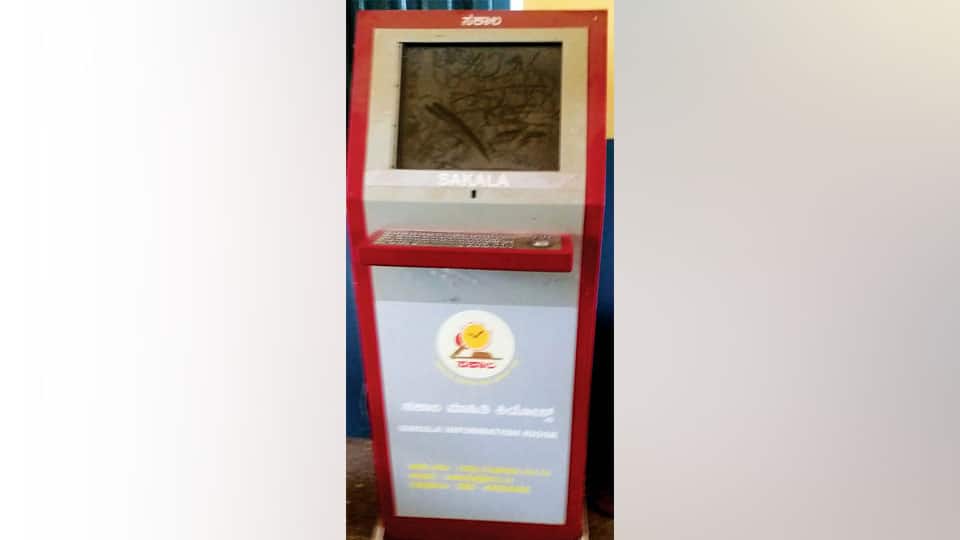 Mysuru: The ‘Sakala’ kiosk, installed in front of the Court Hall in the DC’s office here, is said to be defunct for the last several months and gathering dust, possibly giving company to the much hyped ‘Sakala’ scheme which too has gone under wraps.

The ‘Sakala’ scheme was launched by the then Chief Minister D.V. Sadananda Gowda to keep track of undue delays happening in Government Departments thus inconveniencing the public and to certain extent reduce corruption.

A kiosk with a machine was installed at the offices of all DCs in the State to facilitate the public to know the status of the applications they had submitted.

The public wonder how the matter has not come to the notice of the DC. They said that every new Govt. sets aside the scheme or project launched by the previous Govt. thus wasting taxpayers’ money spent on the scheme.