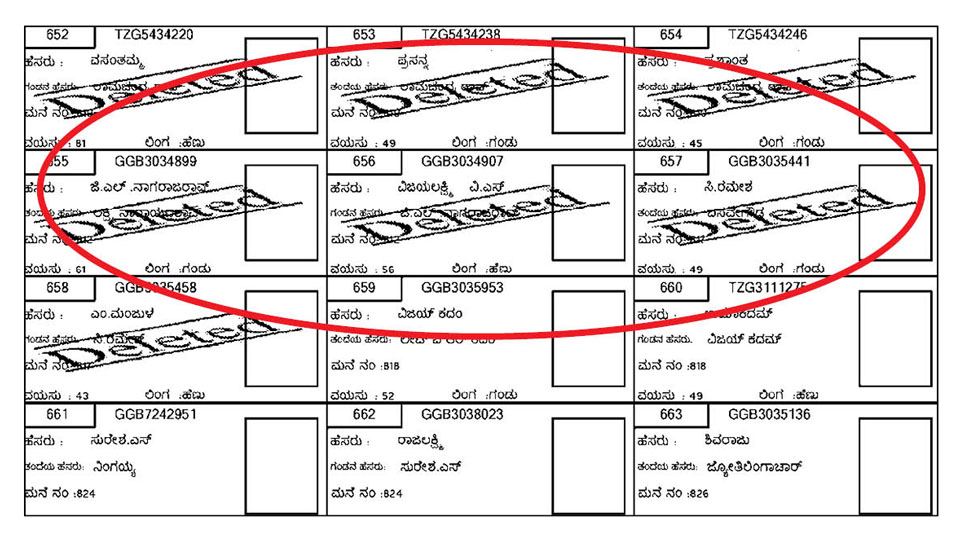 Mysuru: In spite of the relentless efforts of the Election Commission and the District Administration to enhance poll percentage, there was a flip side too as there were reports about many enthusiastic voters returning disappointed after finding their names deleted from the list.

Nagesh and Jayalakshmi, residents of CFTRI Employees Layout, Bogadi, R. Vijayakumar, a resident of Gokulam and many others were among those who could not vote due to official apathy.

The officials at the polling booths said that only those voters whose name finds mention in the latest electoral rolls will be allowed to cast   their vote.