Home » Columns » Democracy even in times of covid 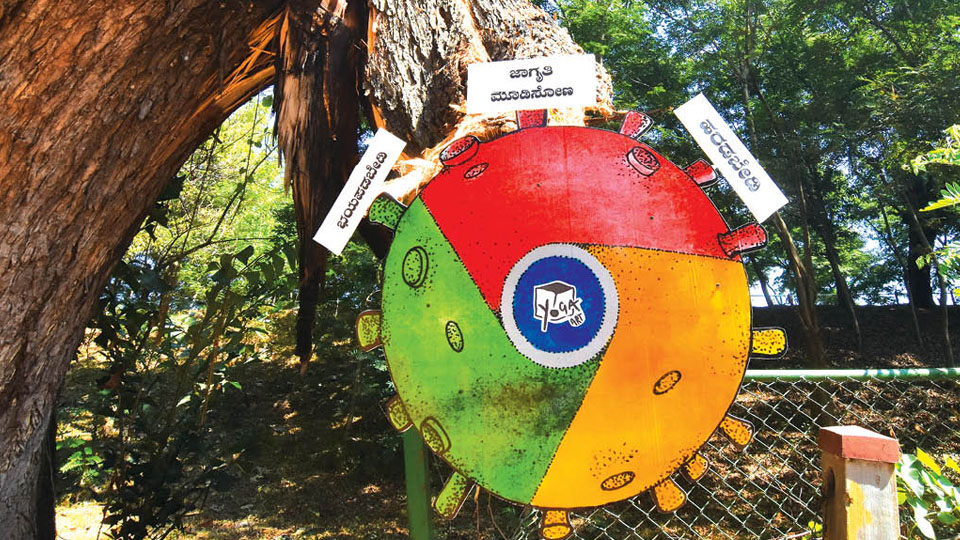 Democracy even in times of covid

We are so proud of our freedom that we don’t want even Covid to interfere with it. We mix and mingle with abandon, thanks to our freedom.  Figures show a spiralling of cases as the second wave of the pandemic is sweeping across the land. The situation is so serious that the Union Health Ministry has asked States to create “Containment Zones.”

Delhi accuses the States of inadequate testing and failure to isolate patients. In fact, the States did not even complete the vaccination of the 45-plus age group.  The failure of the authorities to reach set targets was especially notable in 46 districts.  Among them was one of the country’s most vulnerable areas, Bengaluru Urban. This beehive district has more than 16,000 active cases and a daily case load well above other districts.  As if to underline the perils of the situation, an official said: “The virus is still very active.  It penetrates our defences and strikes back just when we think we can control it.  The situation is turning from bad to worse. Nobody should be complacent.”

But almost everybody is complacent. That even the vaccination requirement has been  ignored  by  many is a measure of this complacency. We will defy Government-imposed restrictions to ensure that our calendar of events is in no way interrupted.  Karnataka’s Chief Minister, for example, banned meetings and rallies for a fortnight. Even common area facilities such as swimming pools and party halls were closed for the same period.

But we could not forget Holi.  After all, festivals are the heart of India and Holi is the most colourful of our festivals, reminding us of Radha and Krishna at their enchanting best.

READ ALSO  Children return to schools after over 18 months

So Karnataka’s thoughtfully configured Covid restrictions had to yield to no-restriction philosophy of Holi. Photographs of crowds celebrating Holi in Hubballi filled our newspaper pages and television channels. In Allahabad, the celebration was so enthusiastic that entire maidans were filled with multitudes with no space for a needle to fall.  It is clear that Covid cannot interfere with the beloved traditions of our country.

What this shows is that Covid is not just a health issue.  It is a cultural issue and an economic issue.  If Covid is given the freedom to play havoc with our calendar, markets will be affected, production centres will be disrupted, distribution systems will be thrown into confusion, transport and communication links will be in turmoil.  Life will be thrown off gear. Won’t Schools and Colleges close? If they do, what would be the price the young generation would have to pay?  If they don’t close, what would be the price the whole country would have to pay?

More important than celebrating festivals is celebrating our beloved leaders.  We saw the multitudes that turned out to welcome Priyanka Gandhi on the road show in Kerala.  Even more impressive was the road show Narendra Modi had in Palakkad.  Our leaders encourage road shows when Covid restrictions demand the very opposite of road shows.  The lesson is that in democracy public displays such as road shows are essential to keep leaders’ egos well-oiled. (We don’t see a Biden road show in America or a Boris Johnson phantasmagoria in London.  This is because the democracy that prevails in those countries is not as solid as Indian democracy.)

Democracy is defined as a system of Government by the whole population or all the eligible members of a State, typically through elected representatives. It is the same democracy that made men like Raja Bhaiyya of Uttar Pradesh a Minister. Known as Kunda Ka Goonda, this elected leader saw his opponents going missing. The swimming pool in his estate was later found to have a crocodile in it and when the pool was eventually dug up, human skeletons were found in some corners.  Raja Bhaiyya got elected with increasing majorities, thanks to UP’s democracy. It was left to Mayawati to put him in prison for her own reasons.

The reality of our lives stares us in the face. We are opportunistic. We change our positions, not according to our conscience, but as per the convenience of the moment.  We are primarily selfish. One may well ask: Isn’t it human nature to be selfish?  In a way, yes. It is also human nature to think of your neighbour’s interests. In the name of human nature, we can be good citizens or bad citizens. Of course we always have the choice between good and bad. That is the beauty of democracy. It is, also, its curse.