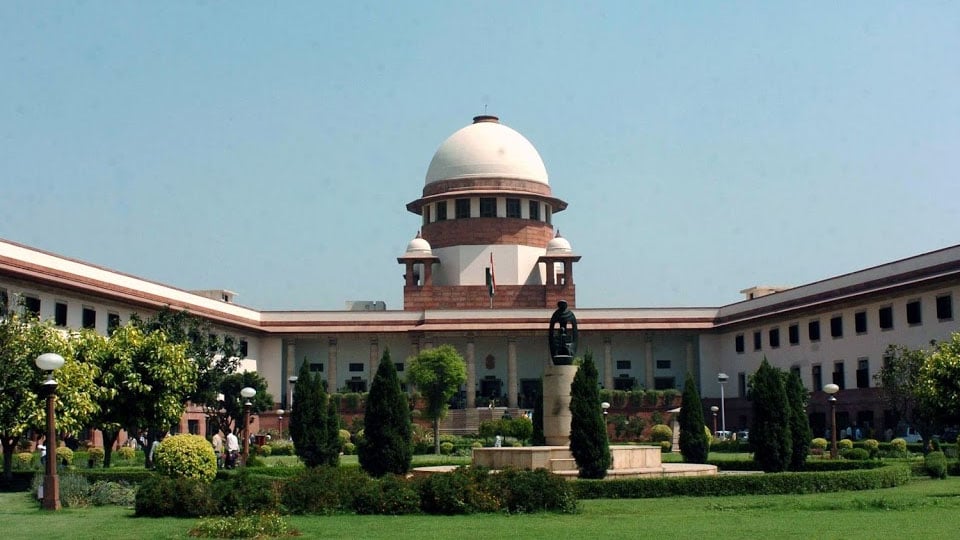 New Delhi: The Election Commission of India (ECI) told the Supreme Court that the direction asking poll candidates to declare their criminal antecedents in the media has not helped curb criminalisation of politics, and said political parties should be asked not to give tickets to those with criminal background.

The ECI suggested that instead of publishing criminal cases, political parties should be asked not to give tickets to candidates with criminal history. “We need to cure the malignancy of criminalisation of politics by making a law to ensure that persons facing serious criminal cases do not enter the political arena as the polluted stream of politics needs to be cleansed,” the ECI said.

The Bench asked BJP leader and advocate-petitioner Ashwini Upadhyay and the ECI to sit together and come up with suggestions which would help curb criminalisation of politics. “This is a matter of national importance. You come out with a framework along with the petitioner. We will do something,” the Bench told the ECI and the petitioner.

46 percent of Parliamentarians have criminal antecedents

Senior advocate Vikas Singh, appearing for the ECI, said the poll panel has taken several steps to stop criminalisation of politics. He also said that the directions given by Apex Court in 2018 have not succeeded and added that instead of these, accountability should be fixed by the Court on the political parties that any candidate with criminal background should not be given tickets.

“Given the situation and current composition of Parliament, we can assume that a law will not be passed to prohibit criminalisation of politics and disqualify those charged with serious criminal offences,” Singh said. Senior Advocate Gopal Sankaranarayanan, appearing for Upadhyaya, said currently 46 percent of Parliamentarians have criminal antecedents and in this scenario it cannot be assumed that a law will be passed in this regard.

To this, the Bench asked Upadhyaya and the poll panel to suggest an effective mechanism to keep a check on criminalisation of politics. “This should be done at the earliest in the public interest. This should not be treated as an adversarial litigation. Both of you sit together and give a joint framework as what could be done to stop criminalisation of politics,” the Bench said.