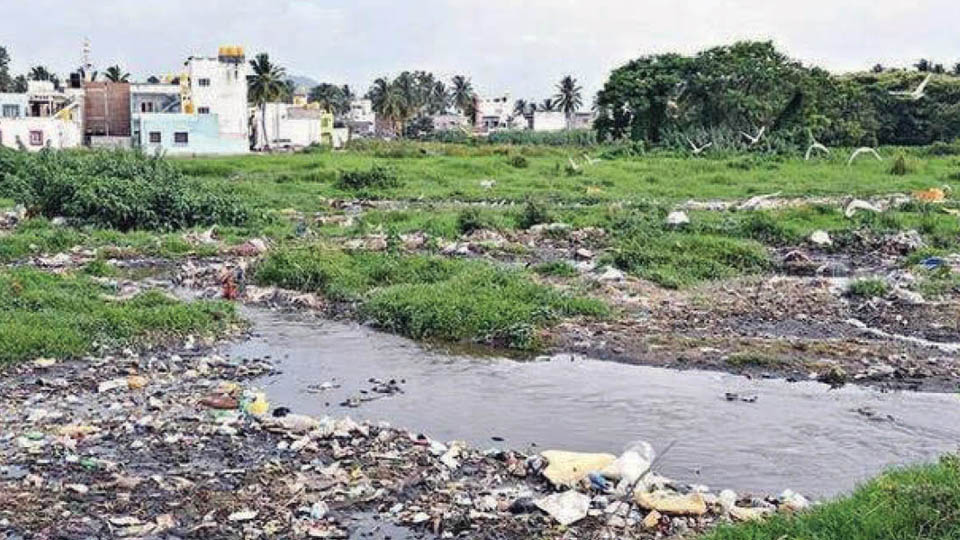 Devanur Lake to be rejuvenated shortly

Mysore/Mysuru: The Devanur Lake in the city outskirts will soon undergo rejuvenation, with MUDA all set to carry out works. The MUDA is rejuvenating the lake at a cost of Rs. 5 crore, which it had earmarked in its 2022-23 budget. The works include de-silting, removal of weeds, cleaning of bunds, laying a pipeline for discharge of sewage water and setting up of a STP (Sewage Treatment Plant).

In a bid to restore the lake to its pristine form, the MUDA will carry out a survey to find out encroachments and mark them for evacuation.

The Technical bid for executing the works has been sent for approval and the works will commence once it is approved by the authorities. The lake, which extends over 12.37 acre area, has been encroached upon by some people and several houses have come up illegally on both sides of the lake along with approach roads and civic amenities. With complaints of encroachment, MUDA has ordered a survey for identifying and marking the encroachments, which will be evacuated after due process.

Urging for clearing all encroachment of the lake area, BJP leaders Giridhar, Sandeshswamy and other party workers arrived at the lake for staging a protest, when MUDA officials led by Commissioner G.T. Dinesh Kumar and accompanied by MP Pratap Simha visited the spot for an inspection. Following an assurance that the encroachments will be cleared soon, the protest plan was dropped.