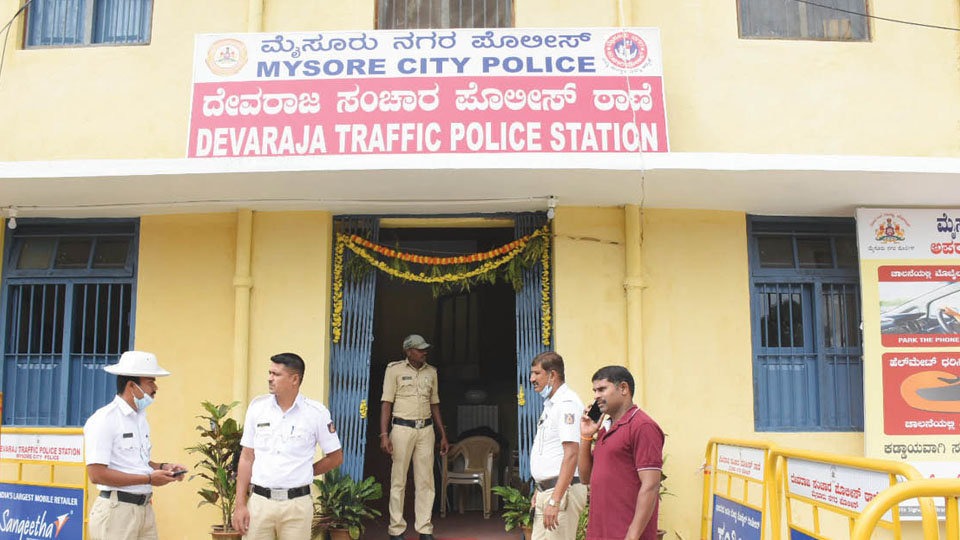 Mysore/Mysuru: Devaraja Traffic Police Station, which was functioning from a building on Krishna Vilas Road, has been shifted temporarily to the Police Department quarters behind Lashkar Police Station. The temporary set up was inaugurated by City Police Commissioner Dr. Chandragupta yesterday.