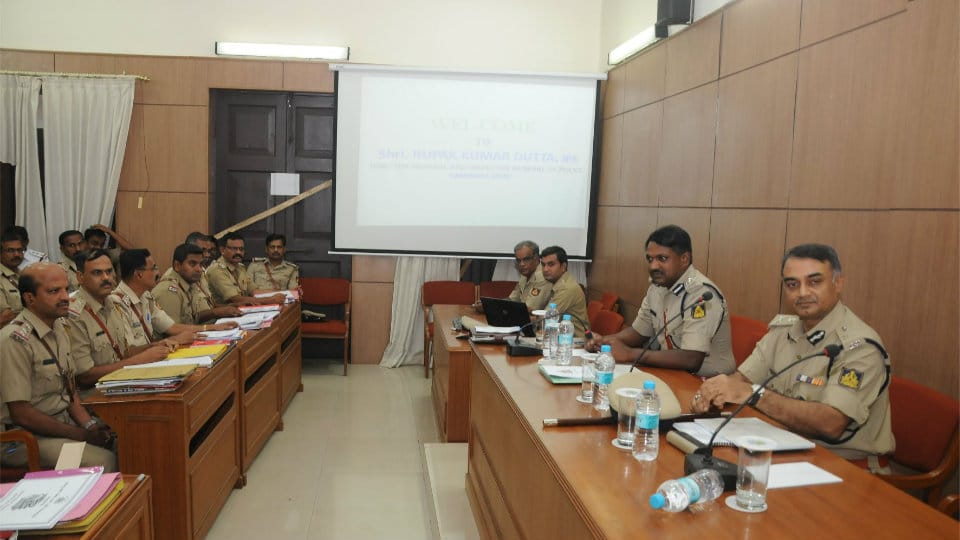 Mysuru: Director General and Inspector General of Police Rupak Kumar Dutta conducted a review meeting of the Police force, crime rate and the law and order enforcement in city. He arrived from Bengaluru this morning and headed straight to the DG suite at Nazarbad, opposite the office of the Superintendent of Police.

The DGP was accorded a Guard of Honour at the City Police Commissioner’s office.

He was received by Southern Range IGP Vipul Kumar, City Police Commissioner Dr. A Subramanyeshwara Rao and Superintendent of Police Ravi D. Channannavar. After a brief meeting at the Commissioner’s office, Rupak Kumar Dutta headed for the review meeting.

In a presentation, the DG&IGP was told that Kyathamaranahalli was a hot-bed of communal riots and has a potential to create law and order problem.

Other sensitive area is Veeranagere under Lashkar Police limits where religious processions originate. Fountain Circle under Narasimharaja limits is another sensitive place. The Police explained the steps taken to prevent tension.