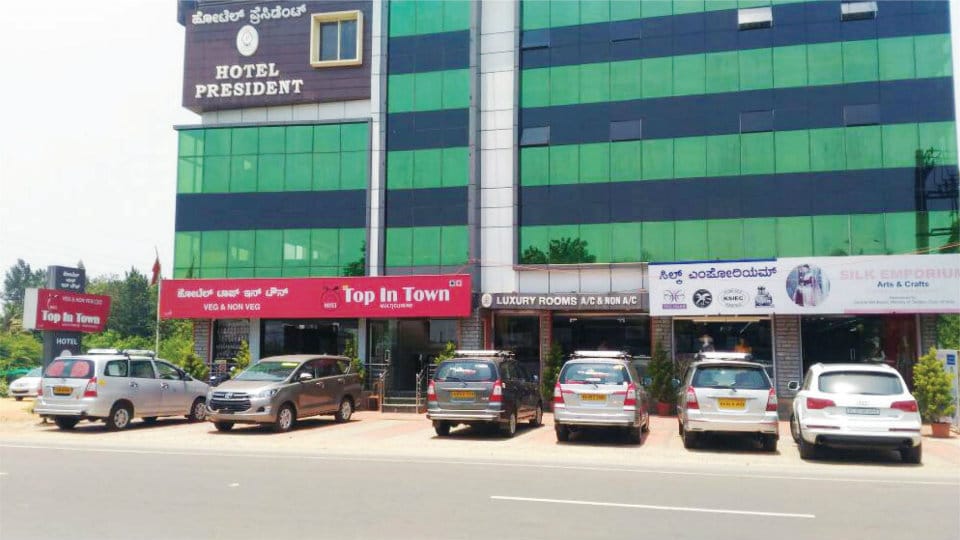 Kushalnagar: Income Tax (I-T) officials who raided the properties of SLN Group in and around Kushalnagar completed their operation yesterday evening and left for Chennai today.

The SLN Group is owned by coffee tycoons Vishwanathan and Sathappan and are said to be relatives of former Union Finance Minister P. Chidambaram.

The Income Tax team that arrived in Kushalnagar on Apr. 26 posing as a wedding party and their cars — numbering more than 50 — sported bouquets on bonnets and were decorated with flowers and with photos of bride and bridegrooms to mislead the Police and local people.

The raids on the Group that owned a couple of coffee processing units, plush houses, resorts, layouts and coffee estates lasted three days. Over 130 officials, assisted by the Mysuru Police, took part in the operation.

The raiding team was led by Assistant Director of Income Tax Department Sapna Kumar Chakraborty and I-T Inspector Sampath Kumar. According to sources, the I-T officials have unearthed ill-gotten assets worth more than Rs. 90 crore and have seized many property documents.

While some team members stayed at a few hotels and resorts in Kushalnagar, teams also stayed in the houses owned by brothers Vishwanathan and Sathappan. Sources said that those who stayed at the businessmen’s houses ordered for food from outside. The team that stayed in hotels cleared a bill of Rs. 1.20 lakh yesterday night and vacated the rooms.

Sources said that both Vishwanathan and Sathappan have been taken to Chennai for further questioning. However, their family members who are in Kushalnagar claimed that the brothers had gone to Chennai for a ‘family wedding’ and would return on May 5.