Home » Columns » Abracadabra By K. B. Ganapathy » A Dialogue with Taxi Driver Bruno: My vicarious visit to Lisbon 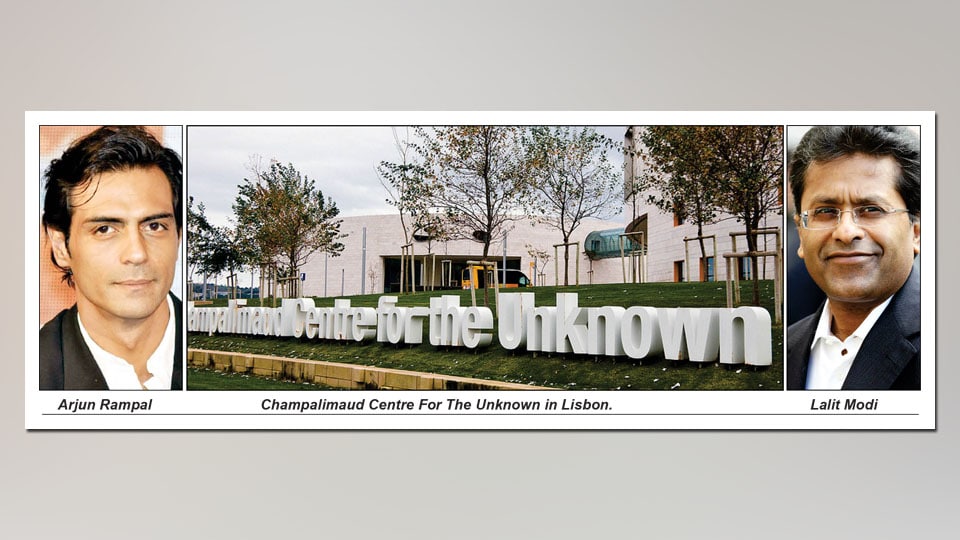 A Dialogue with Taxi Driver Bruno: My vicarious visit to Lisbon

My friend Sudhir was away in Spain and Portugal for 20 days and returned a few days back. He was in Mysuru yesterday on some business and came to see me. “Rain in Spain falls mainly on the Plain,” I began asking him, “Is it true?”

He laughed and said he was actually in Lisbon, Portugal, for 10 days from June 17 and as for Spain, with temperature shooting to 32 degree Celsius in Barcelona there was no rain. “Let me go there when it rains to answer your question,” my friend said affably.

He was staying in Hilton and decided to go to a place called Sintra where world’s millionaires and billionaires, big celebrities own houses and stay. Madonna, her son training in football; Bill Gates, Ronaldo and all the rich and the powerful. He called the concierge and asked for a taxi. A massive Mercedes Benz arrived with a beaming driver at the threshold of 30 years.

I took my friend Sudhir right away to the bar — Happy Hours. It was a case of the old saying, “When Wine is in, Wit is out.” Here, of course, it was whiskey, the recent obsession with the connoisseurs, the Single Malt well-aged to earn social status. After two, it was my friend’s monologue.

Once inside the taxi, the driver said his name was Bruno, a local Portuguese and asked from where my friend was.

Sudhir: Whom do you know in Bollywood?

Sudhir: Well, he is not a big star. Shah Rukh Khan, Salman Khan, Amitabh Bachchan… but how do you know Arjun Rampal?

Bruno: Whenever he comes to Portugal, I drive him around.

Sudhir: But why does he come to Portugal often?

Bruno: Arjun Rampal’s mother has cancer and Portugal has world’s best Cancer Research Centre with a success rate close to 92%.

The Merc was cruising steadily despite heavy traffic but this steady flow of conversation was a distraction from seeing the sights on either side of the road, Sudhir said. However, Bruno’s India connection made Sudhir to continue with the conversation.

Sudhir: Tell me Bruno, who all you know from India? Any other celebrity?

That was interesting, Sudhir told me. For a moment Sudhir thought there must be something arcane about him so he told Bruno, “Of course, I know him. Lalit Modi is a big celebrity, founder-creator of IPL who has created cricket history…”

Sudhir then takes his cellphone and shows Bruno a photograph of himself with Lalit Modi. Bruno was wowed, jaws wide apart. Sudhir also tells Bruno that he has worked closely with Lalit Modi during the early seasons of IPL since his company was one of the sponsors.

READ ALSO  Birth of a Royal Foundation...: What is ethical behaviour?

Sudhir: Tell me why does he come here?

Bruno: For cancer treatment to his wife (Minalini).

At this point they discuss about Lalit Modi’s controversy about IPL, what drove him to England and how he got stuck there etc.

Bruno: Why do I like him? Because he is doing a lot to help cancer research. His wife was one of the first patients in that Research Centre here and she was cured. Arjun Rampal’s mother too was cured in this Centre. This is the reason why Lalit Modi is promoting this Centre in a big way.

Bruno: He wants to help cancer research so that cancer treatment is affordable to all. Now it costs a bomb.

Sudhir: He must have told you how much it costs now.

Sudhir and I are now half-way through our Lisbon dialogue and also the Single Malt bottle.

According to published reports, Lalit Modi’s wife Minalini was being treated for metastatic cancer at “The Champalimaud Centre for the Unknown” in Lisbon. This is a research centre offering treatment primarily to patients whose cancer has spread to other body parts.

It should be a matter of pride for we Indians that this Centre was designed by the most eminent architect Charles Correa, who died a few years ago. Correa had also designed the ATI Annexe on Lalitha Mahal Road in Mysuru, the building blending harmoniously with the tiled original structure. Reports say that the Rajasthan government has entered into a technical collaboration with the Champalimaud Foundation to set up a Hospital and a Research Centre for Oncology treatment.

The Lisbon Cancer Centre has become so famous that VIP patients from all over the world come here and return happy. Recently, Prime Minister Narendra Modi, while in Portugal, visited this private biomedical cancer research centre. No matter where or what, you cannot avoid Indians. Out of 300 researchers from 42 nations, three researchers here are Indians. Jai ho India!

Sudhir tells me that Arjun Rampal too is closely associated with the Centre. According to Bruno, Lalit Modi, out of a great sense of gratitude, had gifted a house to one of the doctors who was mainly responsible for curing his wife.

While all this is good news, here is a Breaking News, a la Indian News TV channels: The Underworld Don Abu Salem was recently extradited from Lisbon.

Now to continue with the dialogue:

Sudhir: Bruno, since you are a taxi driver for long, tell me who are the worst kind of tourists?

Bruno:[Without breaking a breath] Chinese. Ill-mannered. No Sorry, no Thank You. They make too much noise. They are busy clicking pictures with digital cameras, miss to see the sights properly.

Sudhir: How do you rate Indians, Bruno?

Sudhir: I am an Indian.

Bruno: You are punctual, a good Indian (he laughs). May I  ask you a question Sir?

Sudhir: Come on Bruno. Shoot off [Sudhir had become friendly with him by now].

Bruno: How do you Indians see tourist places so fast?

Sudhir: What do you mean?

Sudhir: That may be, but I am not that kind.

Bruno: May be. Indians book me from 9 am to 5 pm. But by 1 pm, they are finished. Ask me, ‘Where to go for lunch. Take us to a good Indian restaurant.’

By now Sudhir arrives at his destination Sintra. Here, our conversation was getting desultory with the depletion of spirit inside the bottle.

Our evening was made. Time for dinner.

All things considered in this dialogue, the bottom line is in the way Lalit Modi and Arjun Rampal, after coming out of the trial by cancer fire of their dear ones, extended their concern for the less fortunate cancer patients, who would not be able to afford such costly treatment.

They gave generously to the Cancer Centre to achieve  their noble goal and even helped Rajasthan government to set up a similar Centre. That is man rising to the divine heights. Thank you Lalit Modi, you are pardoned of your other improprieties; Thank you Arjun Rampal, may you make more money as an actor.

ONE COMMENT ON THIS POST To “A Dialogue with Taxi Driver Bruno: My vicarious visit to Lisbon”