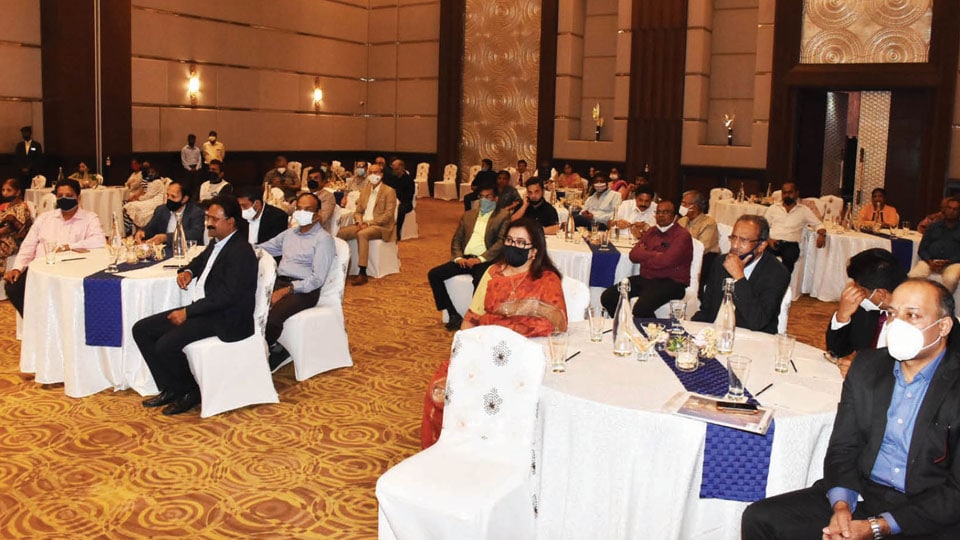 ‘Difficult to bail out only hotel industry from crisis’

Mysore/Mysuru: The COVID-19 pandemic has dealt a severe blow to the tourism and travel industry, which was once a booming sector. The industry has been battered after the stringent lockdown was imposed. Like the hospitality sector, all the other sectors and industries too have suffered. In this case, it may not be a right proposition to expect relief from the Government, opined Tourism Department Secretary  T.K. Anil Kumar.

He was speaking at an interaction meeting organised by South India Hotels and Restaurants Association at a private hotel in city last evening. He was responding to a demand placed by the Association that the Governments must waive off property tax or luxury tax for one year to revive the hospitality industry. “Everybody has suffered and the Government fully understands the plight of the industry and will take all possible measures to mitigate losses. But the Government cannot guarantee relief measures to one particular sector,” he said.

Anil Kumar further said that the pandemic was coming down and more and more people are being cured and also the vaccines have arrived. “In this scenario, the hotel and hospitality industry must devise means to attract more and more customers. Even the tourism sector is slowly picking up along with other trade and marketing sectors. Karnataka is gifted with numerous tourist-centric spots and plans must be made to realise the full tourism potential,” he added.

“The Government earns 14.8 percent of its total revenue from the tourism sector. We have made plans to increase this to 20 percent by 2025. Of the many tourism projects that are in the pipeline, some have been implemented already and along the lines, flight services from Mysore and Karwar Airports have increased. Also, many road projects are being taken up as part of integrated infrastructure development. All these measures will see positive results,” he opined.

In her inaugural address, Mandya MP Sumalatha Ambarish said that the hospitality industry that has seen sharp decline owing to the contagion from March to December is slowly seeing a gradual improvement with increased occupancy rates and the industry will be set for a boom. In the coming days, the industry will pick up and the tourism sector will outpace many industries, she added.

DC Rohini Sindhuri too expressed optimism that the hotel industry will look up in the wake of vaccine discovery and mass vaccination drives launched by the Governments to defeat the disease. “When the pandemic was at its peak, many hotels in Mysuru were converted into quarantine centres and only now things are on a positive note. The situation will be better in the coming days,” she added.