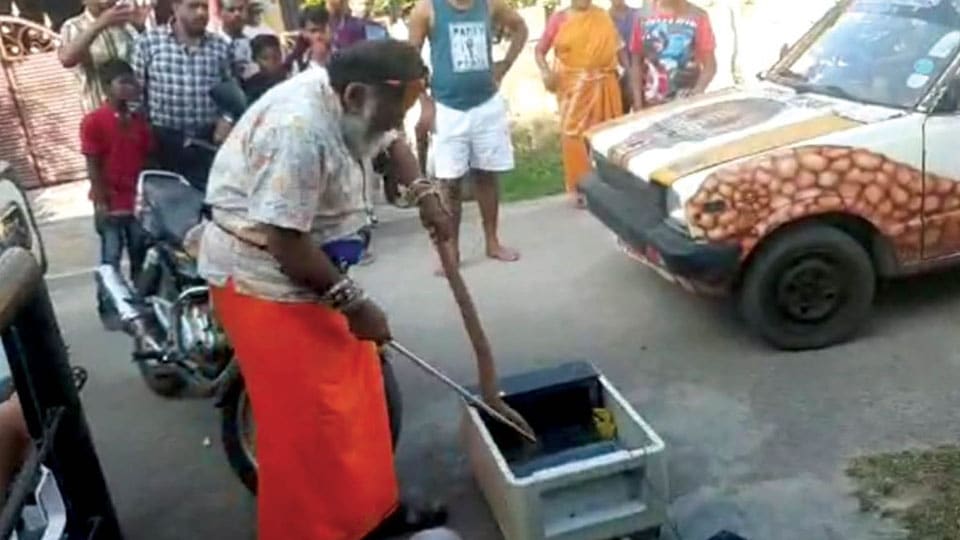 Mysore/Mysuru: A four feet-long Cobra snake, which had taken shelter inside an air cooler at the house of one Surya Prakash in K.R. Puram near Silk Factory, was rescued by city’s snake rescuer and wildlife conservationist Snake Shyam on Sunday afternoon.

Surya Prakash’s neighbours, who saw the Cobra entering his house, informed him and after the family members came out of the house, a few people entered the house and searched for the snake but in vain and later called Snake Shyam over the phone.

Shyam, who rushed to the spot in a few minutes, searched the house and on inspecting the air cooler, he found the snake hiding inside it and brought the cooler outside. Upon opening the cooler, Shyam found a 4 ft. cobra inside and rescued it.

On the same day at about 11 pm, a Cobra was found in the room of a house at Basavanahalli near here and the residents who performed puja to the snake later informed Shyam, who arrived and rescued it too.