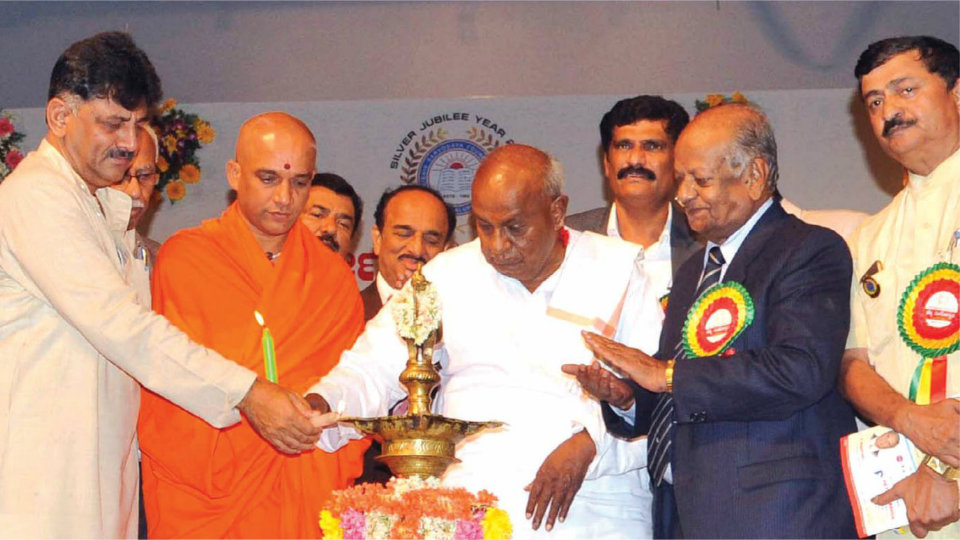 It’s difficult for a Vokkaliga to become CM: Deve Gowda

Bengaluru: Former Prime Minister and JD(S) Supremo H.D. Deve Gowda has said that it is difficult for a Vokkaliga to become the Chief Minister because members of the community are treated as second class citizens.

On the occasion, Deve Gowda said that let anyone among D.K. Shivakumar, R. Ashoka and State JD(S) President H.D. Kumaraswamy who all belong to Vokkaliga community become the Chief Minister if it is in their fate. “But it is not easy. I am saying this from my personal experience. They won’t let us become first class citizens” Gowda said, implicitly suggesting Shivakumar that he will not have  it easy in the Congress. Even as Deve Gowda said this, Shivakumar smiled with folded hands.

Stating that he was in the last leg of his life and he pondered over on the direction in which the Vokkaliga community is headed, the JD(S) Supremo said he was concerned about two crore people living in the Cauvery belt. Gowda also called for united efforts for resolving the Cauvery row. Minister D.K. Shivakumar, praising the Deve Gowda said that had suffered much in his 50-year political life and the community needed his guidance.