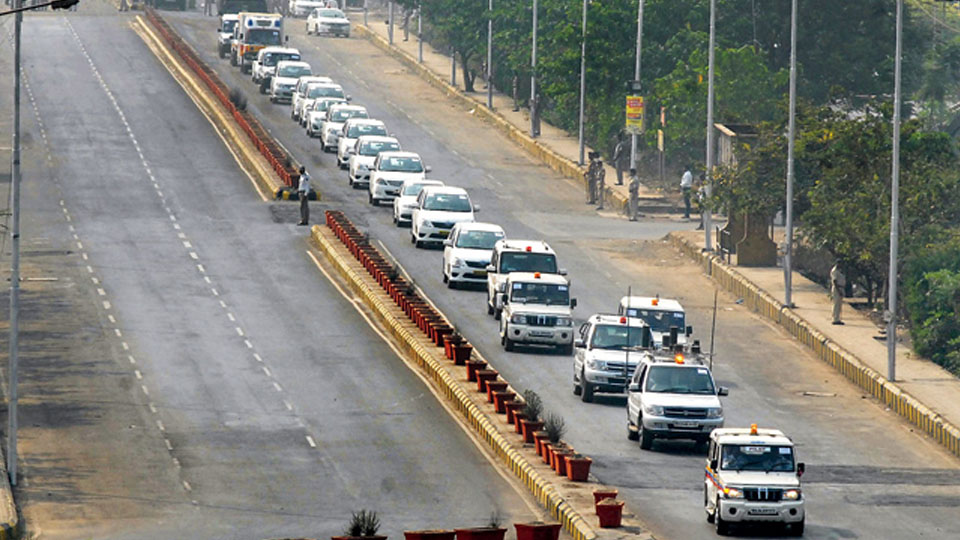 The current flock of heavyweights among both the elected and rejected vote-seekers in the country’s periodic elections to the various Legislative bodies in the range of Gram Panchayats to the Nation’s Parliament whose images are flashed by the media, most of the time laying foundation stones of public buildings, bridges, roads and so on as well as inaugurating a multitude of public-funded programmes that fail to take off, barring a few exceptions are dubbed as dignitaries. They are the land’s VIPs with self-granted status of celebrities. The recent event of oath-taking in the State’s capital Bengaluru by the Chief Minister of Karnataka Government and also the Deputy Chief Minister, belonging to two different political parties, foes-turned-friends (allies) witnessed a virtual horde of VIPs from across the country. Some of them had the bitter (sweet?) taste of the hardship the residents of urban spaces face as they commute in their personal transport in the wake of traffic snarls caused by the fleet of government automobiles with the dignitaries moving in them similar to the proverbial Bull in the China Shop.

As reported in a daily this week, the Prime Minister of Netherlands , a VIP in his own right, after spilling coffee on the clean floor due to tripping humbled himself by wiping the spot. Another VIP, in fact a VVIP (Very Very Important Person) in his nation, the Prime Minister of Italy took a taxi to commute and meet the country’s President, another VVIP. On reading such reports from different regions of the world, one is prompted to ask “What about the Indian VIPs, forced on the public as dignitaries?”

The unbearable hardship that the elected representatives of people with the mandate (prescribed in the nation’s Constitution or not, someone knowledgeable on the script may clarify) to govern the nation and serve the people without discriminating on any of the socio-economic counts are causing to the citizens does not end with traffic snarls on city’s roads as well as inter-city highways. That is what appears to be glaring and read about by people at large in their favourite dailies such as this one. The outgo from the Nation’s and the State’s exchequer to meet the humongous expenditure on the lavish life of the land’s VIPs, the cost of their travel by air both within the country and on foreign jaunts, the sprawling bungalows that receive unnecessary modifications to please the successive crops of VIPs (Ministers and Chairpersons of Corporations with Cabinet rank) may actually dwarf the amounts that colonial rulers are accused of looting.

As an official of the Nation’s Supreme Court has rightly pointed out in his article titled “VIP culture: a false sense of privilege,” the behaviour of Indian VIPs is not a reflection on the individuals alone, it is also a reflection of the feudal mindset of the citizenry. In sum, the country’s diaspora has to grin and bear the presence of the dignitaries.