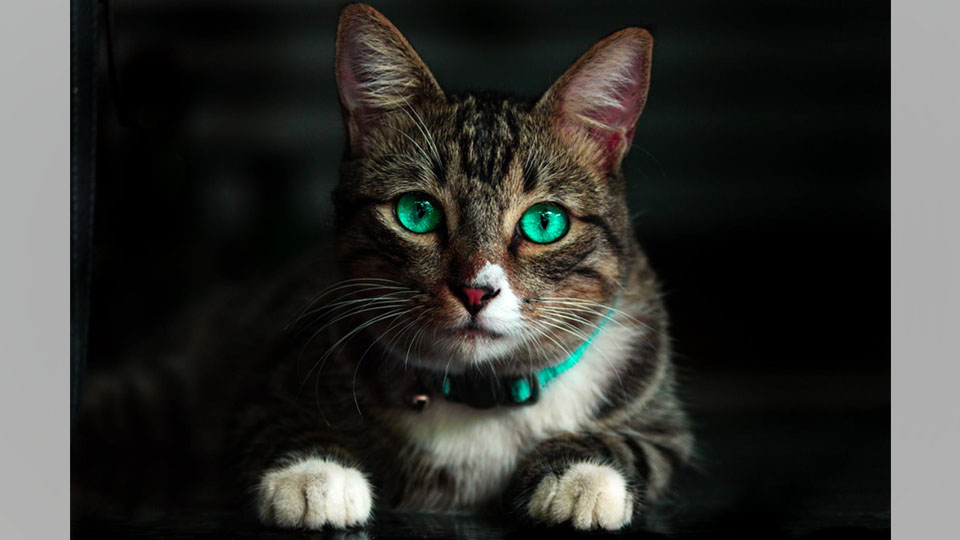 In this week’s Pet Talk, Maneka gives information on bad breath and constipation in cats.

My cat has bad breath. How should I handle this problem?

If your cat has bad breath then there could be several reasons for it, but the main reasons are:

Gingivitis: If the gums appear red and puffy, and you’ve ruled out teething, your cat may have a gum infection of some sort. Take the cat immediately to the vet.

Diet: Canned foods and too much meat, can make your cat’s breath smell. If possible, try changing your cat’s diet. Include vegetables in the meat and boil it and then strain out the vegetables and serve the meat with few vegetables.

My cat keeps getting constipated. What should I do in such a case?

The first thing to do is to say no to bones. The second thing that you must do is to always see that fresh water is served to your cat throughout the day. Water is essential for keeping your pet’s digestive system healthy. Always make plenty available. Adding water to dry food is yet another way to increase him/her fluid intake. Also make the cat  exercise. Get toys that will help him/her run around. Add some fibrous food in your cat’s food. Milk should be given when constipated. Liquid Paraffin is recommended.

The dog is frothing at the mouth and not eating anything. What could be the matter?

Here are some reasons:

Can animals tell the difference between male and female human beings?

Animals can clearly distinguish between men and women, and genders of other species. Lab mice not only distinguish male from female humans, they also get more stressed out when handled by male researchers. So the sex of the researcher is something that scientists need to factor in, in order not to skew experiments in which stress can have an impact on the results.

What are the best arguments against eating fish?

If you want the pain argument then fish feel the most amount of pain of any living being. According to Dr. Donald Broom, animal welfare advisor to the British government, “Anatomically, physiologically, and biologically, the pain system in fish is virtually the same as in birds and mammals.” Fish have fully developed brains and nervous systems and very sensitive mouths. Fish can also suffer from fear and anticipation of physical pain. An Australian study found that when fish are chased, confined, or otherwise threatened, they react as humans do to stress: with increased heart and breathing rates and a burst of adrenalin. Like any other animal, fish feel pain and have a will to survive.

Fishing is wreaking havoc on our oceans. Ninety percent of large fish populations have been exterminated in the past 50 years. Many commercial fishing vessels practice bottom-trawling in order to catch sea animals who live near, on, or under the sea floor, such as flounder, cod, grouper, shrimp, and scallops. Scientists say that the destruction caused by bottom-trawling is similar to that caused by clear-cutting old forests, only on a far greater scale. Elliot Norse, president of the Marine Conservation Biology Institute, says, “Scientists find that bottom-trawling is the largest disturbance to the world’s sea floor, and possibly the largest human-caused disturbance to the biosphere.” No fish, no oceans. No oceans, no life on land.

Take health: Both wild and farmed fish live in increasingly polluted waters, and their flesh rapidly accumulates high levels of dangerous toxins. The most prominent of these are polychlorinated biphenals (PCB) and mercury. The Environmental Protection Agency (EPA) estimates that fish can accumulate thousands of times the level of cancer-causing PCBs found in the water in which they live. According to The New England Journal of Medicine, fish “are the main if not the only source of methyl mercury,” a substance that has been linked to cardiovascular disease, foetal brain damage, blindness, deafness, and problems with motor skills, language, and attention span. Seafood is also the number one cause of food poisoning . Perhaps one of the reasons is that all surveys have found masses of human faeces in every fish.

Do the mice/ rats, used in laboratories, suffer?

Mice are the most commonly used vertebrate species used in research because of their availability, size, low cost, ease of handling, and fast reproduction rate. All mammals have a  sensory system and feel pain exactly like humans. In research by scientists in Canada, mice were subjected to moderately painful stimuli, and it was found that they could estimate the level of pain the animals felt by monitoring facial expressions such as closing the eyes, flattening the whiskers against the face or puffing out the nose and cheeks. The resulting “mouse grimace scale” was similar to the way humans express pain, and could be used to assess how much discomfort animals feel during experiments. Mice laugh when tickled and scream when hurt.  Should we be experimenting on them?