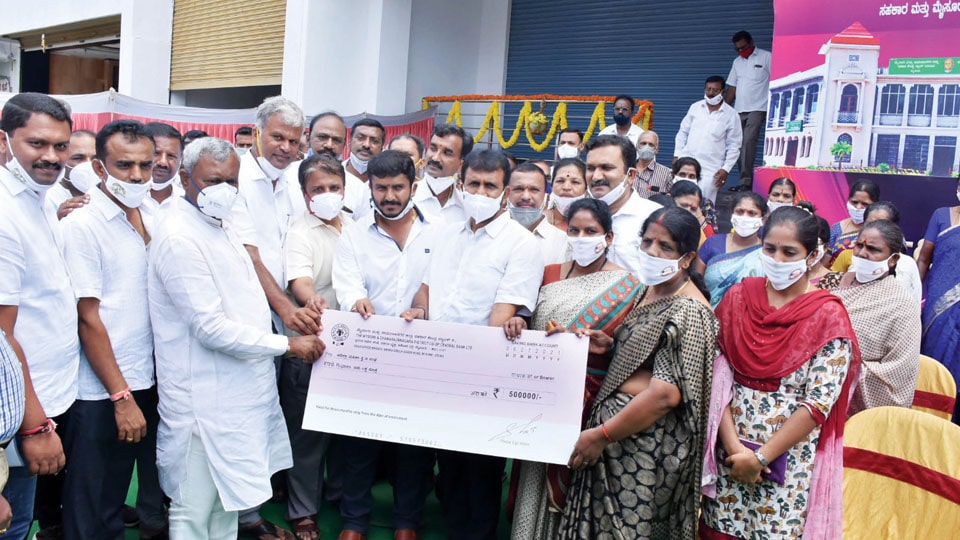 This is the 31st branch of the Bank which covers Mysuru and Chamarajanagar districts.

Speaking on the occasion, Somashekar said that taking proper care of saplings after planting  is key for the promotion of green cover.

Stressing on the need for active involvement  of citizens in plant nurturing, he lauded the efforts of MUDA Chairman H.V. Rajeev for launching planting drives on a massive scale covering entire city and outskirts.

Later, Somashekar travelled to Dattagalli, where he launched tree planting drive at the park in Dattagalli F-Block, marking the birth anniversary of Shyama Prasad Mukherjee.