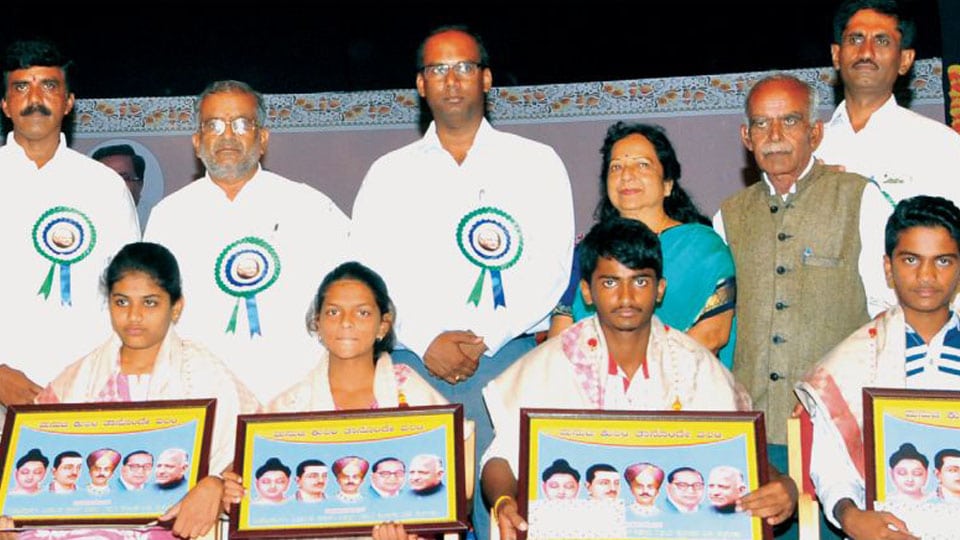 Speaking on the occasion, MLA G.T. Devegowda took strong exception to the absence of Dr. Mahadevappa, who was supposed to inaugurate the programme.

Stating that D. Devaraj Urs was the champion of social justice, G.T. Devegowda said that the former Chief Minister should be credited for giving political representation to even micro-communities of the State, which were neglected for long.

Recalling that it was D. Devaraj Urs who gave political rebirth to late Prime Minister Indira Gandhi, the MLA opined that the Indira Canteens run by the BBMP at Bengaluru should have been named after Devaraj Urs.

G.T. Devegowda urged the authorities to construct a Devaraj Urs Bhavan and Devaraj Urs Statue in the city, as Mysuru was the home district of the late former Chief Minister. K.R. MLA M.K. Somashekar, in his address, said Devaraj Urs was instrumental in bringing about revolutionary land reforms in the State.

He further said that Devaraj Urs works as the Chief Minister will always remain etched in the memory of the people.

Advocate B.K. Krishnaraje Urs delivered a talk on the life and times of Devaraj Urs. Raviraj and Team presented a musical programme, which enthralled the audience. The winners of various contests organised as part of the celebration, were distributed prizes and meritorious SSLC and PUC students (2016-17) from BCM hostels who scored high marks were presented Pratibha Puraskar on the occasion.