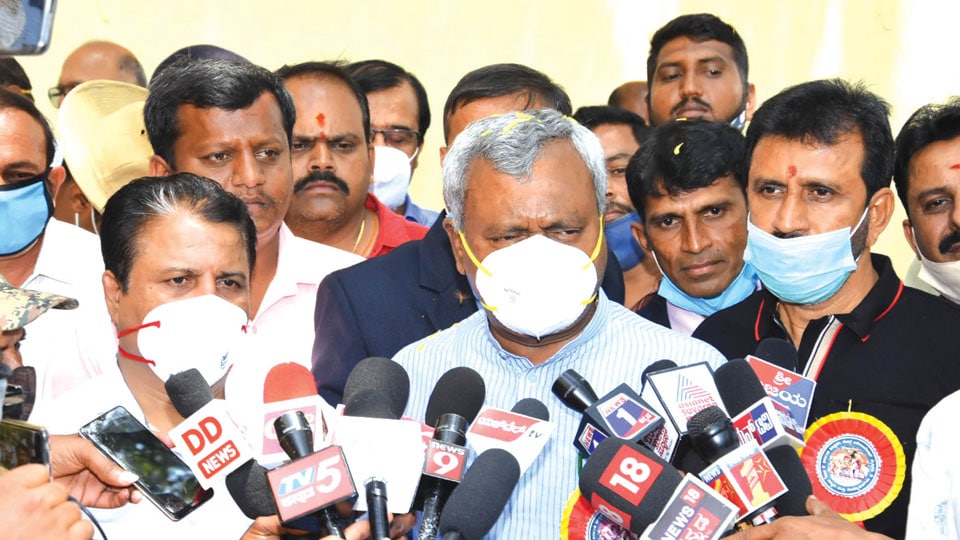 District Minister thanks PM for setting up Union Co-op. Ministry

Mysore/Mysuru: Thanking Prime Minister Narendra Modi and Home Minister Amit Shah for setting up an exclusive Union Ministry for Co-operation, State Co-operation Minister S.T. Somashekar, who is also Mysuru District Minister, said that the establishment of the new Ministry will give a big push for the Co-operative sector.

Speaking to press persons at the Government Guest House here on Wednesday, Somashekar said that the establishment of the Union Ministry for Co-operation after separating it from the Agriculture Ministry, will largely help in bringing discipline and transparency in the functioning of Co-operative Bodies in all States.

Maintaining that the Union Government is committed for fulfilling the principle of development through Co-operative institutions, the Minister said that the establishment of an exclusive Ministry is a big boon to farmers and the agrarian sector, as they can get more benefits.

Commenting on the issue of loan waiver of COVID dead Co-operators, Somashekar said that he has sought information from all 21 DCC Banks in the State on the number of Co-operative members, who had died of COVID and loans availed or repaid by them. The Chief Minister will take a decision on waiver of unpaid loans of COVID dead Co-operators within a week of getting a complete report covering all DCC Banks, he added.