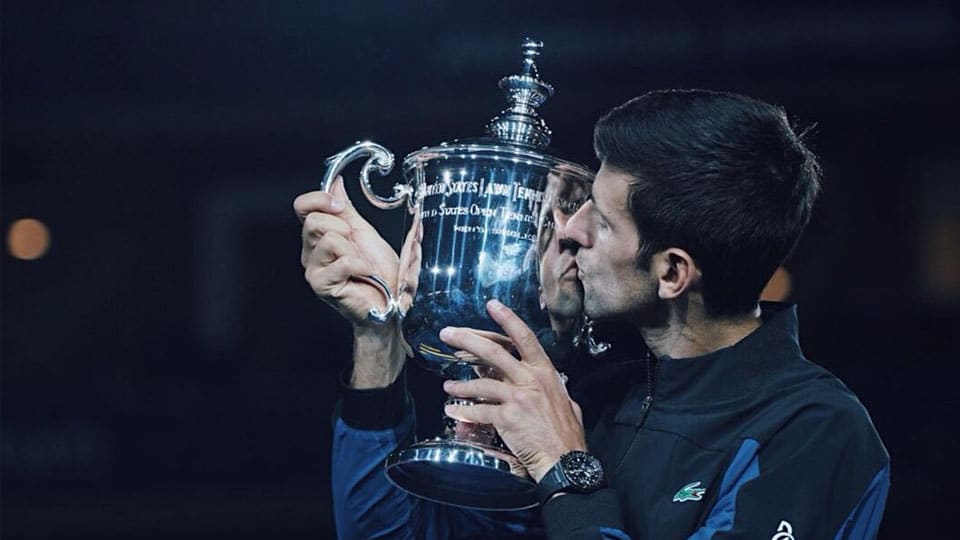 Novak Djokovic was thrilled to match Pete Sampras with a 14th Grand Slam title at the US Open on Sunday, but he said it’s Roger Federer and Rafael Nadal who have made him the player he is. “Pete Sampras is one of the biggest legends ever to play the game,” Djokovic said after earning a third US Open crown with a 6-3, 7-6 (7/4), 6-3 victory over Juan Martin del Potro. “He was my childhood idol. He was someone I was looking up to. The first actual thing I saw related to tennis on the TV was his first or second Wimbledon championship. That inspired me to start playing tennis.

The victory puts Djokovic three Slam wins away from Nadal’s 17 and six behind Federer’s record 20.