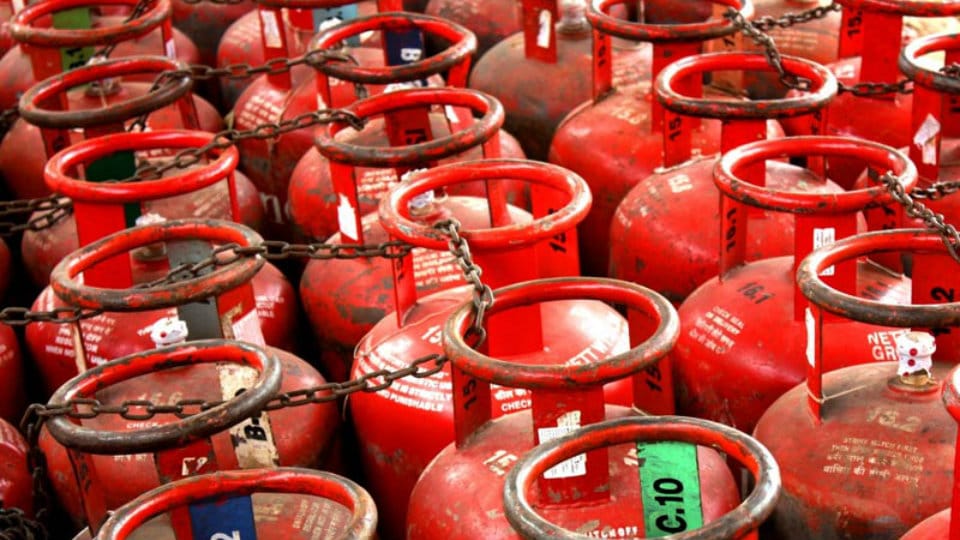 Domestic LPG gets costlier but commercial LPG is cheaper

New Delhi: Your household expenses on LPG cylinder has now gone up by Rs. 32 from July 1 depending on the State you reside in. There are twin reasons for this: One is the introduction of GST and the other is a reduction in subsidy.

Domestic LPG is under the 5% tax bracket under the GST regime. Compared with this, earlier the cooking gas was not taxed in some of the States and others applied 2-4 percent VAT. So in States where it was not taxed, LPG cylinder charges will go up by Rs. 12-15 and in other States, the increase will depend on the difference with the earlier tax rate.

Along with this, there is a reduction in the subsidy paid on LPG, which effectively pushes up the cost for the consumer further. Overall, the increase in LPG costs for households can go up to Rs. 32.

This is against the Finance Ministry’s earlier claim that LPG prices will decline after introduction of GST. The Ministry’s claim is true only for the commercial consumers like that of auto LPG. This is because all grades of LPG come under the same tax bracket under the GST regime.

Earlier, the tax incidence on auto LPG was higher at 12-15 percent. The GST regime has brought it down to 5 percent, thus giving a push to green fuel. Household customers will continue to feel the pinch unless the international prices declines further, which is directly linked to subsidy.

In Mysuru, a domestic LPG cylinder will now cost you Rs. 570.50 under GST regime instead of the earlier Rs. 560. A commercial cylinder will cost Rs. 1,047 instead of earlier Rs. 1,113. According to gas dealers in city, the prices will vary month-on-month and will depend on the international crude oil prices.

GST LPG
Business leaders, SBI turn sceptical about our economy; farmers react with suicides — which is a bad sign
It will be a Dasara to remember this year