Home » Columns » Business leaders, SBI turn sceptical about our economy; farmers react with suicides — which is a bad sign 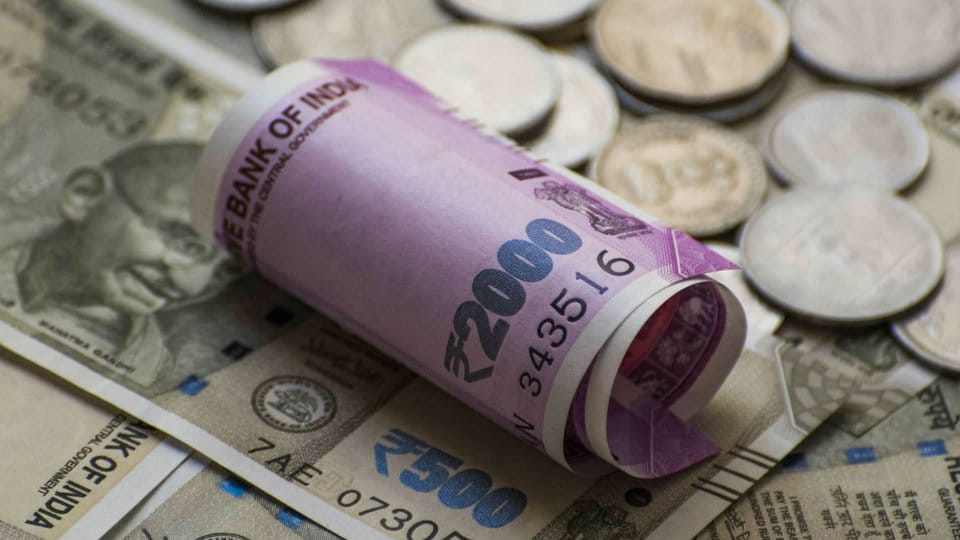 Business leaders, SBI turn sceptical about our economy; farmers react with suicides — which is a bad sign

Those of us who spend the midnight hour sleeping missed the celebratory introduction of GST. After all, it was not the same as the hour “when the world sleeps, India awakes to life and freedom… when an age ends, and when the soul of a nation, long suppressed, finds utterance.” Every soul, illiterate or educated, felt the thrill of that utterance 70 years ago. A big majority of those who are going to pay the “consolidated” tax called GST, don’t understand it at all. That’s the way of the sarkar whichever party is in power.

Try paying property tax in any city, try paying income tax without the help of at least one Chartered Accountant, and you’ll know how the sarkar likes you to run in circles.

Such is the confusion that we can’t even be sure if the economy is going forward or standing still. It is galloping forward if we listen to the Finance Minister and his government/party colleagues. But business leaders are giving warning signals while the Government’s own State Bank of India (SBI) has openly criticised demonetisation. And it is no longer a secret that a cold war has developed between the Finance Ministry and the Reserve Bank.

Dr. Manmohan Singh — now seen as a Congressman rather than an economist — was ignored when he said that demonetisation triggered an economic slowdown. But no one can ignore A.M. Naik, Executive Chairman of L&T, when he says that there is hesitancy in private investment and if the Government does not spend, “there will be no growth in the economy.”

READ ALSO  All about Queen Elizabeth and me

What is becoming clear is that, now that people have had time to see the impact of notebandi, informed criticism of that trademark policy of the Government is turning strident. Experts grant that when the economy is operating normally and people are gradually made familiar with the concept of cashless transactions, discontinuation of high-value currency can have a favourable effect. But that was not what happened in our case. The suddenness of the drastic policy shift created chaos across the country. Cash became unavailable. Small traders stared at starvation. Agriculture mandis saw prices crumbling with disastrous consequences.

Last month, the SBI cautioned that demonetisation could continue to slow down the economy. It told institutional investors that the long-term impact of the note ban on India’s economy and the banking sector would be “uncertain.” So what was the currency coup all about? It certainly did not end black money. Within days of the new currency’s entry, large sums of it went underground creating new black money. Headlines turned sensational when a BJP activist was caught recently with machinery that printed fake currency notes. SBI’s words of caution strengthened the view that demonetisation was not an economic move, but a political one.

When demonetisation was announced, there were conflicting reports on whether the RBI Governor was in the loop or not. Raghuram Rajan’s departure from Governorship was linked to his purported disagreement over the idea. Earlier this month present Governor Urjit Patel said that members of the Monetary Policy Committee had refused to meet Finance Ministry officials for a policy review meeting. Chief Economic Advisor Arvind Subramanian presented the Government’s view when he said that “the RBI’s inflation forecast errors have been large and systematically one-sided.”

The advantage of highfalutin cerebralism among economists is that black can be presented as white and vice versa. The World Bank’s India Development Report released in May appeared under two opposing headlines in the print media. One said: “India to grow at 7.2 percent in FY 18,” and “7.7 percent forecast for 2019-20 on the back of strong fundamentals.” The other said: “World Bank cuts India’s growth estimates.”

Both were correct of course. Only that the second one pointed out that the World Bank’s original growth estimate was 7.6 percent, but the performance had fallen short. The first one mentioned nothing about the fall and added the rosy forecast for the next year.

Publicity tricks can go so far but no further. Farmers are in deep crisis and they are responding with suicides in the thousands and mass protests that alternate between the violent and the pathetic (near-naked protestors wearing the skulls of their departed friends). The way the farmers’ agitation has spread across the country points to a very serious crisis that cannot be met by financially dangerous shortcuts such as loan waiver. Arguments stop and propaganda fails when people, their livelihood lost, start killing themselves. That’s how tempests gather.

2 COMMENTS ON THIS POST To “Business leaders, SBI turn sceptical about our economy; farmers react with suicides — which is a bad sign”