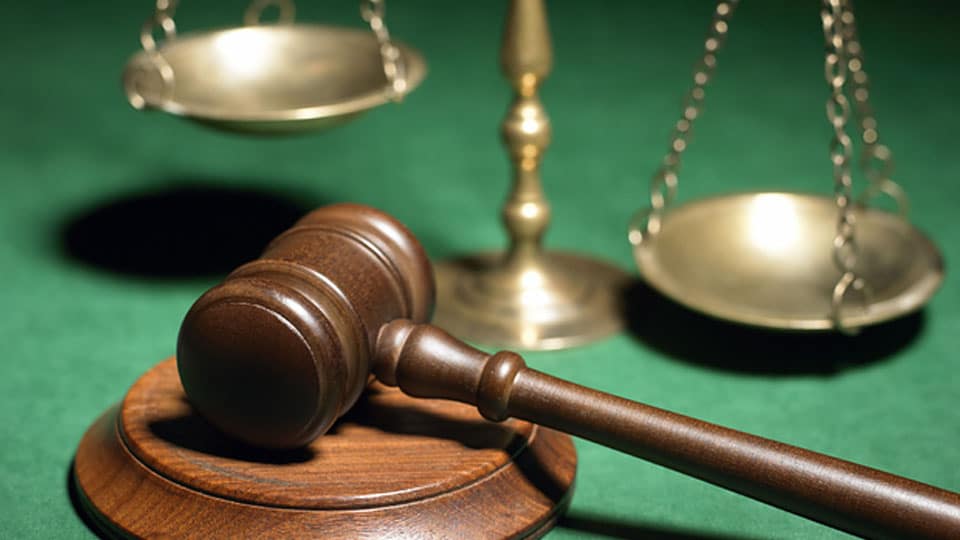 “It was only when Sita crossed the Lakshman Rekha that Ravana was killed.” May the judiciary continue to cross the executive rekhas and help kill the Ravanas roaming around.

Jawaharlal Nehru showed the judiciary its place when he said in the Constituent Assembly in 1949: “No Supreme Court can make itself a third chamber. No Supreme Court and no judiciary can stand in judgment over the sovereign will of Parliament. If we go wrong here and there, it can point it out, but in the ultimate analysis, where the future of the [Country] is concerned, no judiciary can come in the way. And if it comes in the way, ultimately, the whole constitution is a creature of Parliament.”

Ravi Shankar Prasad is no Jawaharlal Nehru. Indeed, his party has deleted Nehru from its memory pad. But the Law Minister was on Nehru’s page when he, too, showed the judiciary its place. His phraseology was different because it was meant primarily to please his Chief, but the spirit was the same when he told Judges at a Law Day meeting: The people of India trust the Prime Minister. The Prime Minister possesses the nuclear button, that’s how much the people trust him. Yet the Prime Minister through the Law Minister cannot be trusted to have a fair judge appointed. Why don’t you trust thePrime Minister?

That is a self-serving approach to electoral democracy. A declamatory answer to the Law Minister’s declamatory question would be: The Supreme Court does not trust the Government for the same reasons that the Government does not trust the Supreme Court. Such mutual mistrust suits the citizen because it will ensure a fair measure of checks and balances.

READ ALSO  All about Queen Elizabeth and me

Justice J.S.Khehar gave a pointed answer to the Law Minister when he said “the judiciary is mandated to shield all citizens against discrimination and abuse of State power.” The curse of party politics as played in India is that power is abused by all parties. This is evident in the appointment of Governors, in giving undue favours to relatives, in promoting the interests of crony capitalists.

A Government favourite, Pahlaj Nihalani was made Film Certification Board Chief; he proved such a liability that he had to be removed. The Pune film institute was reduced to a laughing stock by another BJP favourite, Gajendra Chauhan. His replacement, Anupam Kher, has more filmic credentials but his principal credential is that he is a BJP bhakt. Come to think of it, what about Raghuram Rajan’s exit from the Reserve Bank?

All governments want pliable people in key positions, from the Reserve Bank to the CBI. All governments want a pliable judiciary. Indira Gandhi used crude authoritarianism to achieve her purpose. The present government passed a law that gave the Law Ministry a say in the appointment and transfer of Judges. But Justice Khehar’s 5-Judge Bench struck it down on the ground that the judiciary must remain insulated and independent from organs of governance — a position India’s citizenry will wholeheartedly support.

This does not mean that a Supreme Court collegium is a perfect arrangement. With embarrassing frequency, collegium-backed appointments have favoured sons and uncles and promoted private interests. Judges have faced impeachment and one is currently in jail.  But the solution to a flawed system is not the installation of another flawed system.

We had a taste of what would happen if this Government were to have its way in appointing Judges. The eminent Jurist Gopal Subramanium’s name was put up by the collegium for appointment to the Supreme Court. When resistance came, he withdrew his name with dignity. It transpired that he was once the amicus curiae on behalf of the Supreme Court in the Sohrabuddin Sheikh encounter killing case, which the BJP has turned into the most politically sensitive case in modern India. The Government’s  resistance to collegium recommendations led, as CJI T.S.Thakur said last year, to 478 High Court positions being vacant and “people languishing in jails for 13 years without a hearing.”

The idealism that propelled Nehru, lost its meaning even when his party was in power. The “sovereign will of Parliament” became a farce when gangsters and money-bags entered the House as “elected representatives of the people.” The first two chambers Nehru had in mind lost credibility while the third, the judiciary, despite black sheep, remained a saving grace. That’s why Dr. Subramanian Swamy was unconvincing when he argued, in the 2G spectrum corruption case, that the courts should remain within the Lakshman Rekha of executive wisdom. Justice Ganguly intervened: “It was only when Sita crossed the Lakshman Rekha that Ravana was killed.” May the judiciary continue to cross executive rekhas and help kill the Ravanas roaming around.