Home » Columns » BEFORE TERRORISTS, WE ARE ALONE 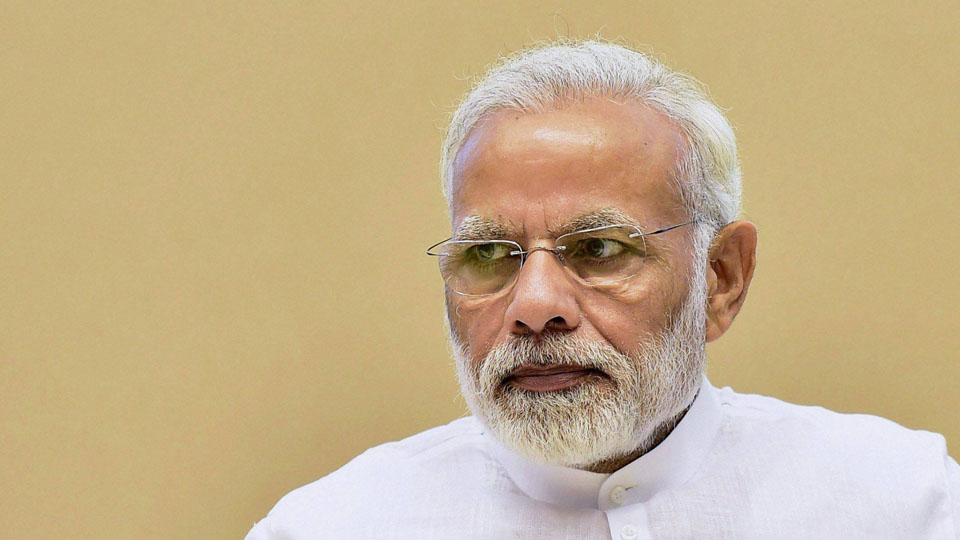 BEFORE TERRORISTS, WE ARE ALONE

Prime Minister Modi had, and will continue to have, the backing of all of India in his stand against the terrorists who “made a big mistake” in attacking jawans in Pulwama. The attack must have given the Jaish-e-Mohammed (JeM) and its protectors in Pakistan a cheap thrill of achievement as they managed to kill 44 CRPF men in one go. But it was a big mistake because it made India unite against the assassins. Enemies have been shown that they cannot take advantage of India’s noisy democracy and create divisions in the name of religion.

Nevertheless, the latest JeM strike is an opportunity for us to examine our record, our resolve and our capabilities more closely than before.  The unity of purpose that binds India together in crises is different from the ability to stop terrorists in their track. The record shows that JeM’s  ability to strike has in no way been curbed over the years. They attacked India’s Parliament in 2001 and the IAF base in Pathankot in early 2016. Later that year four terrorists near Uri town were able to stage “the deadliest attack on security forces in Kashmir in two decades.” In retaliation to the Uri attack, India said it made a surgical strike. The people  know precious little about it, except that it has not weakened JeM in any way. Within a year and a half, they struck at Pulwama.

A reality that has to be faced is that this is a war India has to fight alone because, at the international level, India really has no friends.  This isolation is linked to a series of strategic blunders beginning from the time of independence. When Pakistan rushed tribal fighters from the Northwest Frontier to capture Srinagar in 1947, Sardar Patel was quick to rush troops there and save the situation.  If the soldiers were given a few more days they could have thrown the tribals out of Kashmir and brought  the whole State under Indian control.  But Viceroy Mountbatten played the friendship card with Jawaharlal Nehru and managed to get a ceasefire ordered, permanently dividing the State between India and Pakistan. Nehru went on to make blunders by allowing the UN a role in the dispute and by pledging to hold a plebiscite in the State.  Britain, a world power in those days, was unfriendly to India and manipulated the UN in Pakistan’s favour.

READ ALSO  Dissent is a vital part of nationalism. We need it. Enforced nationalism is counter-productive

India’s next round of blunders occurred under Prime Minister A.B. Vajpayee.  The  hijacking of an Indian Airlines flight in 1999 was handled with great incompetence.  The pilot had cleverly pleaded fuel crisis and got permission from the hijackers to land in Amritsar. This was an opportunity for India to take control of the situation. But in Amritsar, as a member of Vajpayee’s staff put it later, “airport officials ran around like so many headless chicken, totally clueless about what was to be done.”  A team of special commandos could not reach the airport because of traffic problems in the city.

The flight finally landed in Kandahar in Afghanistan.  The Government, still clueless, not only agreed to all the demands of the hijackers, but Foreign Minister Jaswant Singh personally went to Kandahar in a special plane along with terrorists released from Indian prisons (and bundles of currency notes, as some reports said).

The main terrorist released by India to satisfy the hijackers was Masood Azhar who had been in Indian prisons for five years. Accorded a hero’s reception in Pakistan, the man went on to found the JeM and become the world’s most strongly motivated terrorist.

What India needs to realise is the futility of depending on others to come to its aid. Pleading for UN intervention is useless because China has veto power there and China is as openly hostile to India as it is friendly to Pakistan.US will give verbal support to India but nothing more, especially now when it is planning to withdraw from Afghanistan with Pakistan’s cooperation. Saudi Arabia under Mohammed bin Salman?  Forget it.

Look beyond and we see another approach. US special commandos found out a secret hide-out in Pakistan, staged a lightning operation there and killed Osama bin Laden before anyone knew what was happening.  In 1976 when an Air France flight was hijacked by a Palestinian faction demanding the release of militants imprisoned by Israel, a completely unexpected 90-minute night operation by Israel in Uganda’s Entebbe airport rescued 102 of the 106 hostages there.

Examples exist.  So does expertise.  All that is needed is a shared, non-negotiable, politically unpolluted pride in one’s nation.