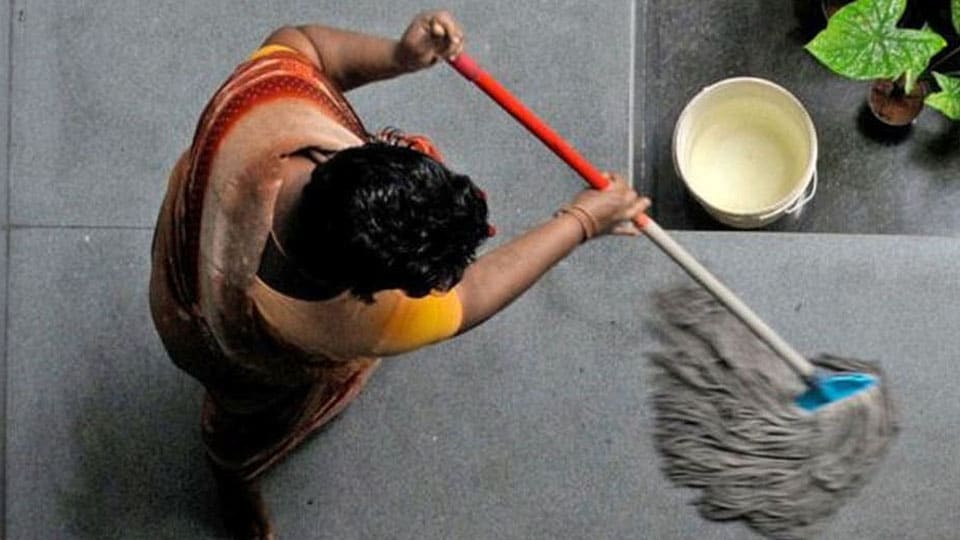 Mysuru: Over 130 women domestic helps from Mysuru, Mandya and Chamarajanagar districts poured out grievances at the public hearing of domestic workers” organised under the aegis of Mysuru Gruhakarmikara Trade Union at the Institution of Engineers on JLB road in the city this morning.

One women from Gandhinagar in city claimed that her mother who was working  as a domestic help died of electric shock a couple of years ago and her family was still awaiting compensation. She sought the intervention of the authorities concerned for  getting justice.

A few women complained of sexual harassment from owners of houses where they worked, while few others accused that they are being unnecessarily harassed by their employers.

Some others alleged that they were being falsely accused of theft charges while working as domestic help in houses.

There was also a demand for fixing wages of domestic servants on hourly basis and bringing them under the cover of ESI and PF. Former State Women’s Commission Chairperson Manjula Manasa spoke on ‘Women and Law’, while C. Jawaraiah, a city advocate spoke on workers and minimum wages.

Geetha Menon, Director, Stree Jagruti Samiti, Bengaluru and Vinay Srinivas of Alternative Legal Forum, Bengaluru, who were the judges, heard grievances from domestic workers. RLHP’s Saraswathi and others were present.