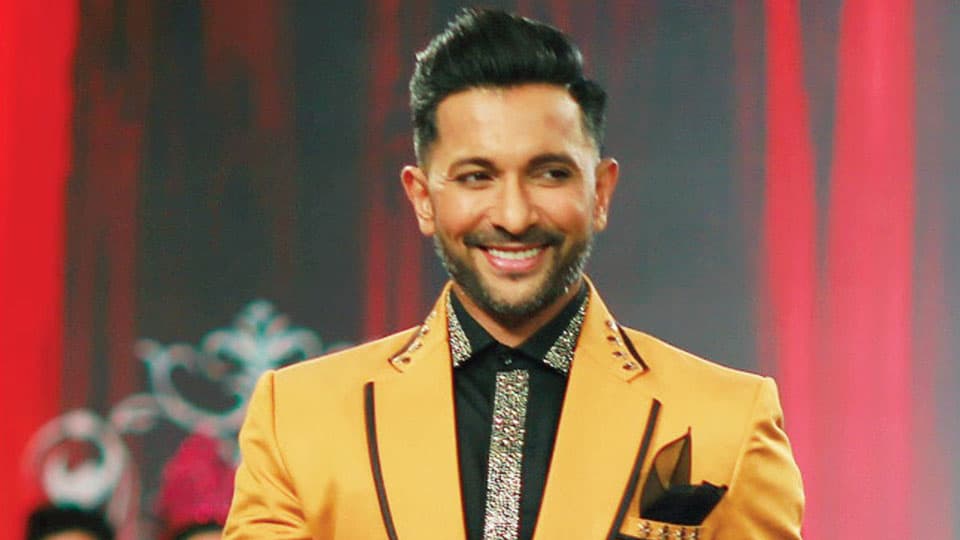 “Don’t become a victim of fashion”

He is among the top rated choreographers in the country with respect to contemporary dance. Having been a part of many dance reality shows, this ace dancer has gained recognition worldwide for his elegance. He is none other than Terence Lewis, the man who has introduced many talented dancers to the country and still continues to do so. Star of Mysore caught up with Terence during his recent visit to Mysuru to walk the ramp for designer Asif Merchant at Mysore Fashion Week.  Excerpts…

Star of Mysore (SOM): Being an ace choreographer, how do you rate the dancing culture in India?

Terence Lewis: Dancing culture in India is becoming vibrant because of reality shows.  They have been promoting dance and culture in such a way that people have now started to appreciate dance. Earlier, it was thought that dance was only for the rich people, for time pass or for pure entertainment. They could not see the hard-work and talent behind it. But now this attitude has changed for the better, thanks to television.

I believe, we have gone to those times where dance was respected. Even our Gods have danced. While Lord Krishna performed Rasleela, Lord Shiva performed Thandav. I think, the dancing culture was badly hit when the British came to India. They were not like the present British who love to dance but were very conservative and orthodox. We as people were forced to embrace the same. But I am glad that days are back where we are getting to see the dancing culture picking up. A healthy profession.

SOM: Who according to you is the best dancer in Bollywood?

Terence: There are some amazingly talented actors in the industry. There is Hrithik Roshan and, of course, Prabhu Deva,  my favourite. I find all other dancers great. But what fascinates me about Prabhu Deva are his moves which are very different from others. His style of dancing is very unique. He has invented his own style despite being influenced by Michael Jackson.

SOM: You have been a part of many dance reality shows. Share with us your thoughts?

Terence: It is a great platform for lot of people to showcase their talent. There are many people who are talented and a platform like this allows them to get ahead in life. I have seen many of my students getting a foothold in the industry. They have all been doing well in their own way. In fact, Shakthi Mohan and Puneeth, who were my students, today are placed in good position and have been judging dance reality shows.

Terence: It was for the first time I walked for Mysore Fashion Week and I am happy to be walking at the event organised by Jayanthi Ballal. I had never thought a city like Mysuru would be hosting such a gala event. I am pleasantly surprised to know that Mysuru is so ahead in culture, heritage and fashion. I walked the ramp for Asif Merchant. I knew him as a friend but I had not seen his collections which are very regal and it kind of blended with the royalty of Mysuru.

Terence: Always be comfortable. Dress to the occasion and the kind of person you are. Do not become a fashion victim. One should be able to choose things that are easy to wear which he or she can carry off with confidence.

SOM: What are your future projects?

Terence: I am very much excited about my future project. I have written a script for a film in which I will be featuring myself as an actor. Currently, I am looking for a sensible producer. The movie is based on dance and it is about the emotional journey of a couple — choreographer and dancer. It will be different from the already existing movies on dance.

SOM: How is Mysuru treating you and is this your first visit to the city?

Terence: Actually no. I remember visiting the city when I was a kid. But this is my first as an adult to see Mysuru and admire the city better. I have not seen much of the place here but I remember visiting the Brindavan Gardens and the Mysore Palace. I am looking forward to tasting the cuisines and interact with some local residents. The city has a pleasant weather and I enjoyed watching the city while travelling across the central business district.