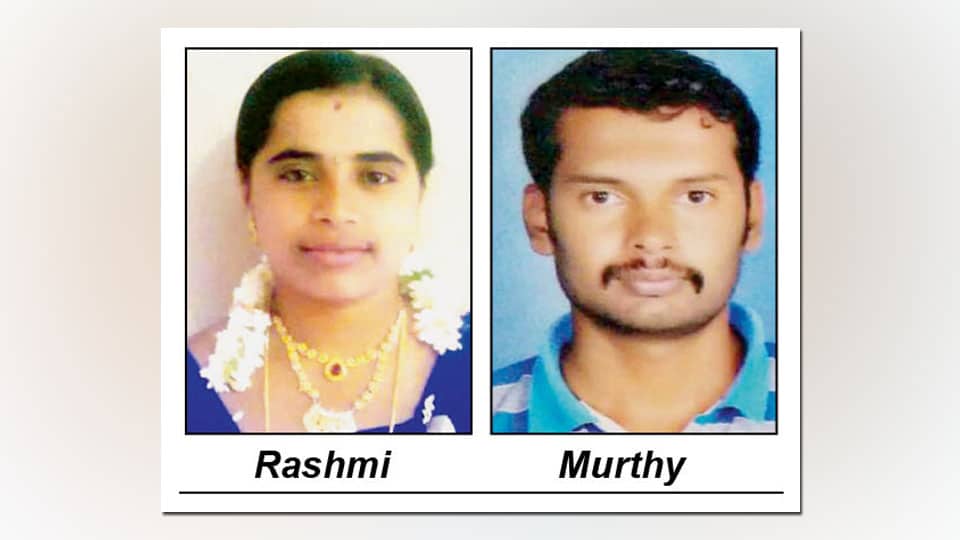 Periyapatna: Depressed over the alleged dowry harassment from her husband and his family members, a 24-year-old homemaker hanged her two-year-old daughter and later hanged herself at Muttur village in Periyapatna taluk yesterday afternoon.

According to Rashmi’s family members, they had got Rashmi married to one Murthy alias Raaghu of Mirle in K.R. Nagar taluk on March 24, 2014 and were leading a happy life for a year during which a girl child was born.

They alleged that since a year Rashmi’s husband, mother-in-law Indira and father-in-law Gopala Gowda began to harass Rashmi for dowry and added that Rashmi’s in-laws, after a fight, had thrown her out of the house following which she had come to her parents’ house. Later, after giving Rashmi some money, they had sent her to her husband’s house, they said.

According to the complaint lodged by Rashmi’s father Ningaraju, Murthy left Rashmi and Vaishnavi at his house about a week back, stating that he had fallen off from his bike while going to a function and did not bother to come and take them back. However, on Saturday, he called Rashmi over the phone demanding her to bring Rs. 50,000 while coming back home following which she became depressed and hanged her daughter and later hanged herself when the family members were away.

As none of Murthy’s family members came on hearing the news, the villagers were furious and expressed their anger. Tahsildar Mahesh visited the house and collected information. A case has been registered in this regard.