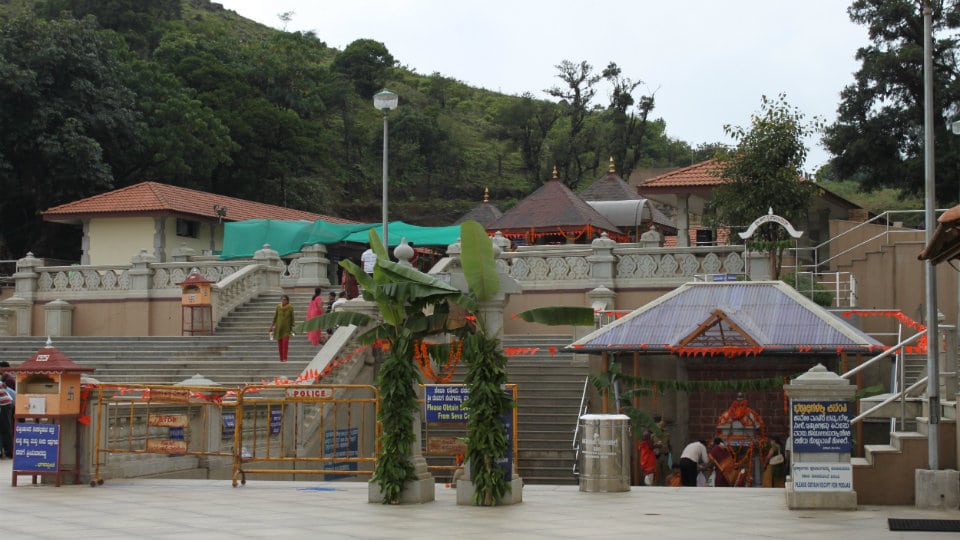 Madikeri: Officials of Cauvery Neeravari Nigama Ltd. (CNNL) yesterday chanted ‘Parjanya Japa’ to propitiate Rain Gods at Talacauvery, the birthplace of River Cauvery. Officials, along with Priests, chanted the Japa in the wake of stiff opposition to conduct the ritual using Government funds.

Earlier, the State Government had said that it would conduct a ‘Parjanya homa’ at Talacauvery where River Cauvery originates. The initiative was led by Water Resources Minister M.B. Patil. He, however, had to back off from the original plan following widespread criticism and later stated that he would spend his own money for the event.

Patil, along with Adichunchanagiri Mutt Seer Sri Nirmalanandanatha Swamiji, offered ‘baagina’ at the Triveni Sangam in Bhagamandala yesterday. Later, he offered prayers at the Bhangadeshwara Temple.

Speaking to reporters, the Minister said, “if offering prayers to mother is wrong and a superstitious belief, then I am ready to conduct such prayers several times. Some offer prayers to lifeless stones. Why should one oppose offering prayers to River Cauvery, the lifeline of crores of people,” he asked.

“CM Siddharamaiah does not believe in homas and has termed it a superstitious belief. Doesn’t his wife offer prayers at temples? Has he not benefited from it?” Patil retorted.