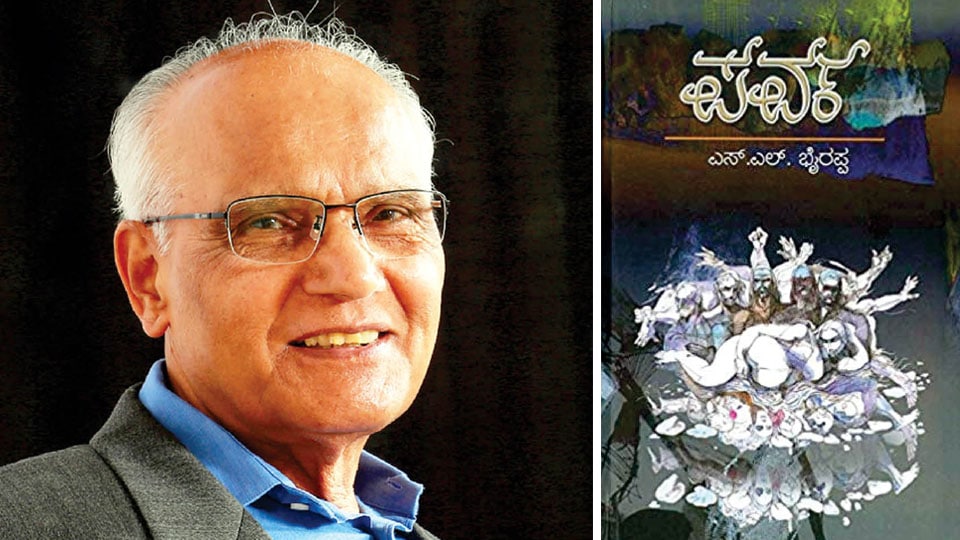 Mysore/Mysuru: ‘Parva,’ one of the masterpieces of noted Kannada writer and Saraswati Samman awardee, Dr. S.L. Bhyrappa, has been translated into Chinese and Russian languages.

This novel was originally published in 1979. It is based on the Sanskrit epic, Mahabharata. It is a non-mythological retelling of the Mahabharata and is widely acclaimed as a modern classic.

Originally published in 1979, ‘Parva’ has been re-printed 23 times. Fans of this writer are elated with translation  of ‘Parva’ into Chinese and Russian languages.

In 2019, Prime Minister Narendra Modi had asked Kendra Sahitya Akademi to take up translation of 10 best novels of the country that would introduce the great cultural heritage of India to rest of the world.

Accordingly, the Akademi had identified translators of different languages and selected 10 best works in the country. One among them is ‘Parva’ of Bhyrappa, said Addanda C. Cariappa, Member of Kendra Sahitya Akademi and Director, Rangayana, Mysuru.

Kendra Sahitya Akademi, S.L. Bhyrappa Sahitya Pratishtana and Rangayana Mysuru will be jointly organising a seminar on the novel ‘Parva’ in January. Also, on the occasion, the translated work will be released, Cariappa said.

It was coincidence that while Rangayana was bringing ‘Parva’ into theatrical form, there is a great demand to confer the highest award in literature, Jnanapith on Dr. S.L. Bhyrappa for enriching Kannada literature.