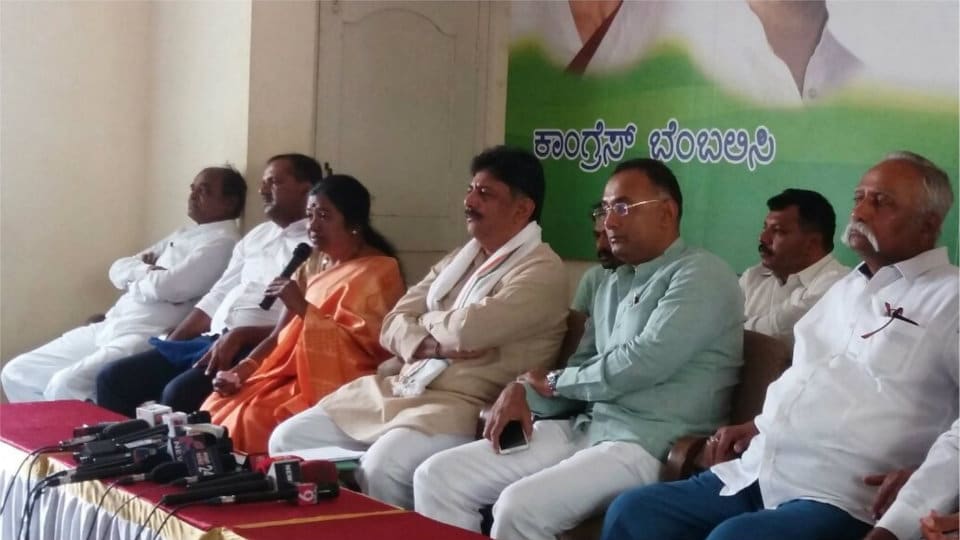 Stating that she came to know of the political rot after she started campaigning for the by-poll, Congress candidate for Gundlupet Dr. M.C. Mohana Kumari (Geetha Mahadevaprasad) has claimed that she would not have entered politics if she knew of it earlier.

Addressing the press meet at Congress party office here this morning, Dr. Geetha Mahadevaprasad said that State BJP President B.S. Yeddyurappa, who visited her house along with other BJP leaders to console her following the death of her husband H.S. Mahadevaprasad, had promised her by placing his hand on her head, of making the way clear for her to get elected unopposed from Gundlupet. But now, BSY and other BJP leaders who are leading the party’s campaign against her, are taunting her through their remarks, she said even as she broke down.

Maintaining that she was not after power or money, Geetha said she was contesting the bypoll only to realise the dreams of her late husband, who had a clear vision for the development of the constituency.