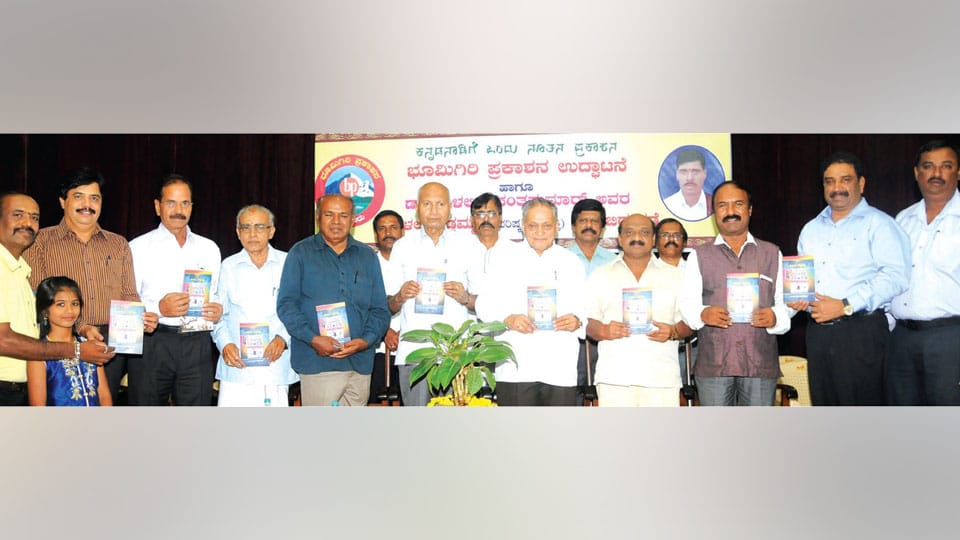 Speaking on the occasion, Dr. CPK said that the book explains a historical significance, as the story revolves around a village deity.

He also pointed that the failure to carry the name of the editor on the cover page, was a major lapse. Book author Dr. Malali Vasanthkumar regretted the lack of encouragement to publishers.

Stating that the State Government which has introduced many Bhagyas should also announce ‘Pustaka Bhagya,’ he urged the Government to set up libraries in all rural areas of the State in order to impart knowledge to the rural folk.

Declaring that he had set up a library in the name of his father at his native village Malali, Vasanthkumar said he has been maintaining the library out of his pension.

Noting that the establishment of more libraries will largely help the publishers, he urged the Government to come to the aid of publishers.

2 COMMENTS ON THIS POST To “Dr. Malali Vasanthkumar’s work released”