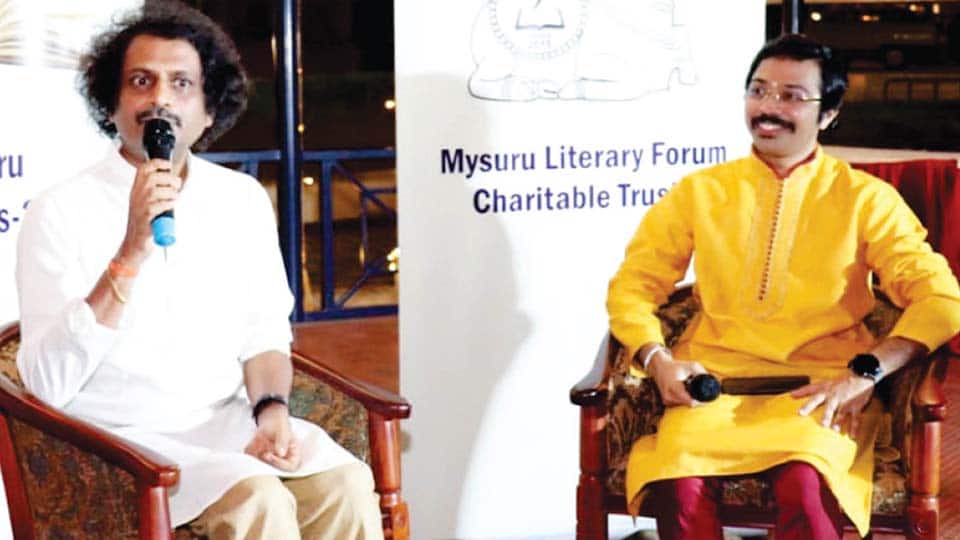 The moderator Rao R. Sharath in conversation with violin maestro Dr. Mysore Manjunath was extremely riveting for it brought succinctly his genius, which exhibited his unique musical talent by his virtuoso performance in many renowned musical platforms across the world (SOM dated Oct.16).

There is another facet of his personality that he is gifted with the power of articulation to expound the nuances of the music that few can convey so effectively. Whenever I attended the violin concert of the duo Manjunath-Nagaraj they invariably end the concert with ‘Krishna Nee Begaane Baro’  which literally makes the audience to burst out, soaking them in tears of joy to convey the power of music, that it is impossible to be silent.

The incident at Princeton  when all the Western violinists were quick to catch the message and came dressed in dhoti and sat on the floor next day during the workshop is a powerful reflection of how silently Dr. Manjunath showed that tradition embellishes the quality of music.

Another distinctive feature of the eastern classical music and in this case the Karnatak music as distinct from the Western is its scope for improvisation to exhibit the genius of the individuality.

One more sterling character of Dr. Manjunath is despite many high profile musicians persuading  him to settle down in Chennai if his music has to flower has been dispelled by his steadfast adherence to stay back in Mysuru and thus the city has become famous because of him.

It is not without reason that Mysuru is called the city of culture and nobody calls Chennai as city of culture. In fact it was DVG who had to convince Rajaji as to why the South Indian music is  called Karnatak music tracing the heritage to Purandaradasa. We must really appreciate Dr. Manjunath for his decision.