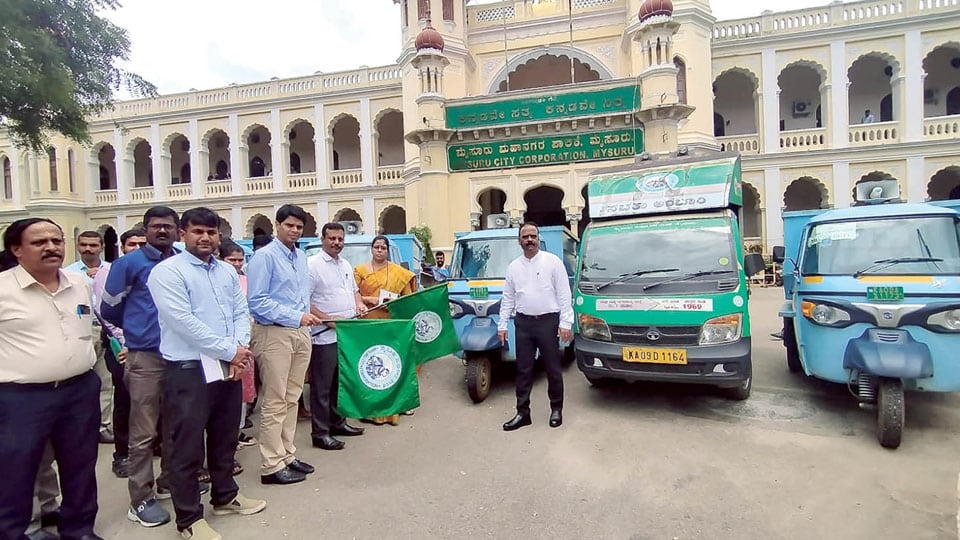 The drive has been repackaged and collection centres have been opened at all the nine MCC Zonal Offices. This apart, e-waste collection vehicles will go to each ward periodically to collect the e-waste.

The first drive was launched in September 2019 where residents could hand over e-waste to civic workers at their doorsteps. Tonnes of e-waste were collected from houses and commercial and business establishments but the MCC junked the project as it found ‘no real value’ in disposing of the electronic waste to companies who came forward to take them.

Today again the drive was relaunched. According to the MCC, sheds have been set up at all nine Zonal Offices for residents to dump the e-waste. The waste includes pen drives, batteries, computers, keyboards, mobile phones, obsolete electronic equipment, television sets, tube lights, chargers and printers.

As part of the special drive, an e-waste campaign vehicle has been refurbished as Swachha Ambari where pictorial and video messages on the e-waste hazards are aired.

The campaign vehicle will be stationed at crowded places both in the Central Business District and also at Ward levels. The other vehicles will move to individual houses in residential pockets for a week, collecting e-waste.

MCC Health Officer Dr. D.G. Nagaraj appealed to the people not to hand over the e-waste to scrap dealers and others who come to houses to collect them. These people take the e-waste to secluded places on the city outskirts to burn them for extracting valuable metals including silver and copper. This causes pollution and aggravates the situation, he added.

When asked about the  quantity of e-waste being generated in the city, he said, the MCC had collected about four tonnes of e-waste last time and this time, they are aiming to collect five tonnes. The amount of e-waste would be ascertained after the collection, he added.

Today’s e-waste collection drive was launched by in-charge Deputy Mayor Anwar Baig. Prior to the launch, a meeting was held in the MCC Office where a couple of companies demonstrated through PPT presentations on how they make recycled products out of the e-waste.