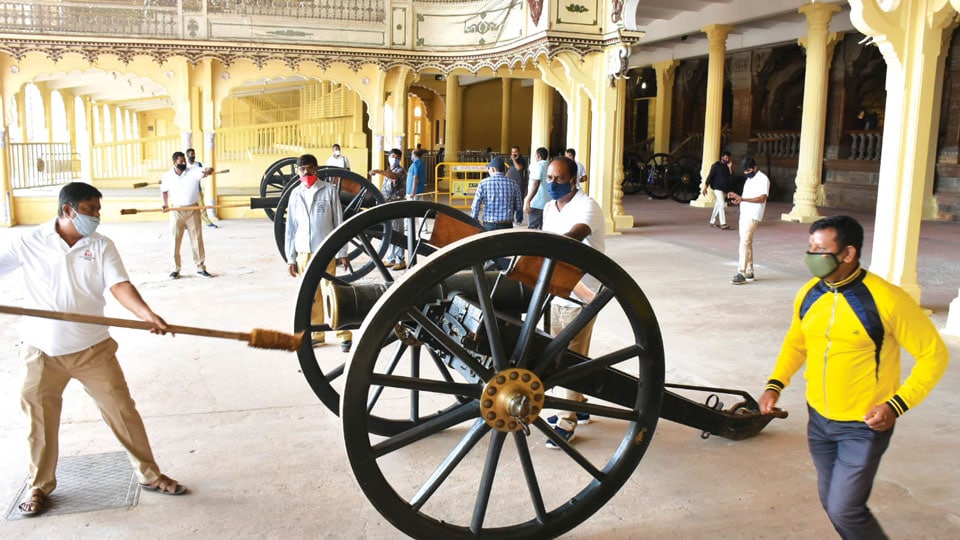 With just 12 days left for the commencement of Dasara, ‘dry talim’ or rehearsal with unloaded cannons began at Mysore Palace this morning. The dry drill is undertaken to train members of ‘Pirangi Dala’ or Cannon Unit involved in this ritual of cannon firing. All 30 members of the Cannon Unit, supervised by R-ASI Siddaraju took part in the dry drill and more than 10 rehearsals were conducted pertaining to handling of cannons and other subtle nuances involving firing with seven cannons. The rehearsals will go on till the day before Ayudha Puja.