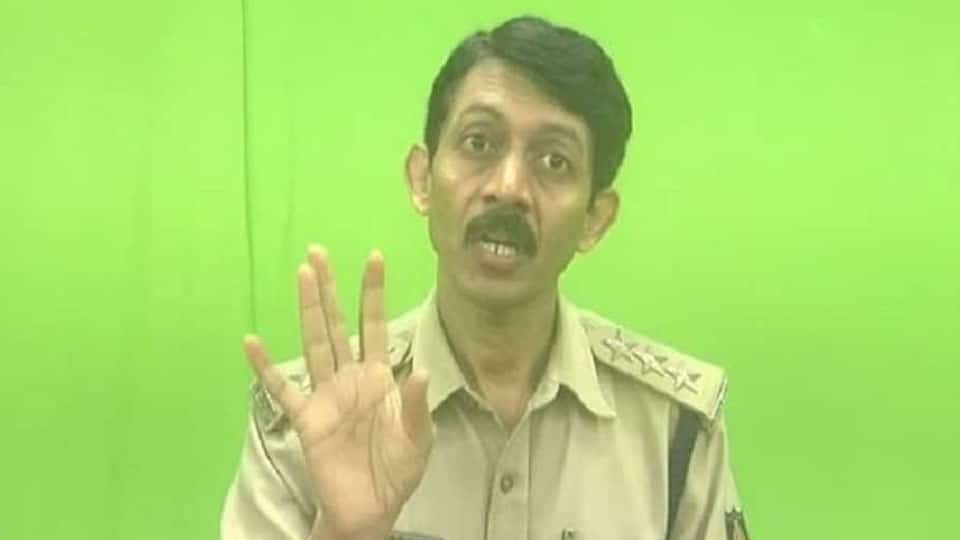 Madikeri: The Judicial Magistrate First Class Court (JMFC) in Madikeri has transferred the suicide case of Dy.SP Madappanda K. Ganapathy to Special Court for People’s Representatives (Public Representatives’ Court) in Bengaluru. The move comes after the Central Bureau of Investigation (CBI) submitted its investigation report to the Court.

The CBI submitted a 262-page report on Oct. 30 in the open Court. Ganapathy was found hanging at a lodge in Madikeri in 2016. The CBI probe was ordered by the Supreme Court.

M.K. Ganapathy had allegedly killed himself wearing his uniform at room number 315 at Vinayaka Lodge in Madikeri on July 7, 2016, after appearing in a local TV channel interview in which he had alleged harassment by K.J. George, the then Home Minister and two senior IPS Officers A.M. Prasad (Ashit Mohan Prasad) and Pronab Mohanty. Before his death, Ganapathy was posted at the Office of Inspector General of Police, Mangaluru.

MLA claims ‘B’ report submitted: The content of the report is not known to local Police or even to Ganapathy’s family as yet. But Virajpet MLA K.G. Bopaiah, quoting his sources, said that CBI officers had submitted a ‘B’ report in the case.

A ‘B’ report means cancellation report. The Police have not found any evidence against the accused to file a chargesheet and seek trial. In other words, ‘B’ report is the closure report after investigation made.

“We do not know the exact content of the report. But according to a few sources, CBI officers have submitted a ‘B’ report. But if the report is contradicting the complaint, the complainants have the right and option to question it again in the Court. If it is a ‘B’ report, it will be an injustice to Ganapathy as it gives rise to a lot of doubts. If it is a ‘B’ report, I will urge Ganapathy’s brother to submit an objection in writing,” Bopaiah told reporters in Madikeri.

After the State CID submitted a ‘B’ report in the case, M.K. Kushalappa, father of Ganapathy, moved the Supreme Court in an appeal to hand over the case to CBI.